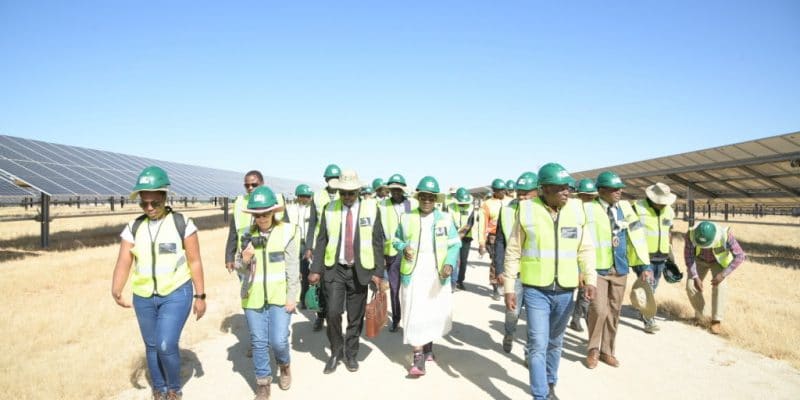 State-owned Namibia Power Corporation (NamPower) has announced the commissioning of its 20 MWp Omburu solar PV plant. The plant required an investment of USD 20 million to build.

A new solar power plant is coming on stream in Namibia. The plant, located in the town of Omburu, was recently commissioned by Namibia Power Corporation (NamPower), the Southern African country’s electricity utility. NamPower contracted HopSol Africa to build the solar PV plant. In the village of Omaruru, the subsidiary of Alpha Namibia Industries Renewable Power built a 20 MWp plant.

“This plant is a demonstration of NamPower’s unwavering commitment to becoming the leading power solutions provider of choice in the Southern African Development Community (SADC), a catalyst for economic growth in Namibia and the region,” says NamPower. The state-owned company estimates that the Omburu plant is capable of powering 18 500 Namibian homes.

“The entire workforce involved in the project was Namibian, including the consultants involved in the design, subcontractors and labourers. The semi-skilled and unskilled workers were from the local community of Omaruru. In addition, NamPower’s employees who were appointed to operate the plant were trained to operate and maintain the plant,” says NamPower.

The Omburu solar power plant cost N$317 million, more than US$20 million, to build. In Omburu, NamPower also plans to install a 58 MW/72 MWh battery storage system to stabilise its power grid. This project is supported by the German development agency Kreditanstalt für Wiederaufbau (KfW), which is providing €20 million in funding.

NamPower is expected to contribute 20% of the total cost of the storage project. The state-owned company will focus on connecting the future storage system to Namibia’s national power grid from the Umburu substation, as well as paying local fees and taxes not covered by the KfW grant.