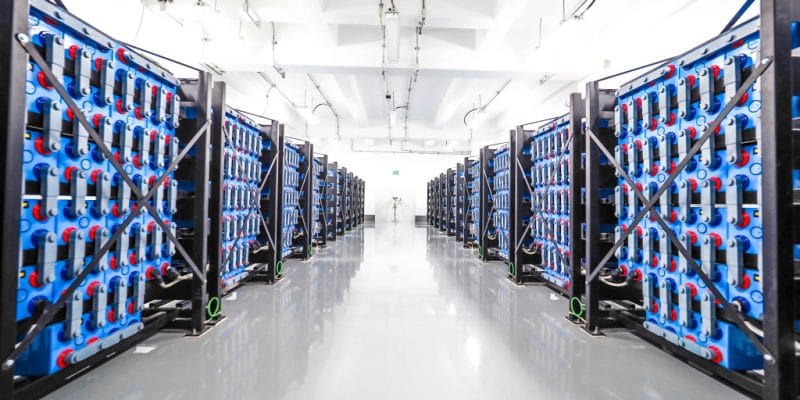 Kreditanstalt für Wiederaufbau (KfW), the German development agency, has signed a €20 million grant agreement with the state-owned Namibia Power Corporation (NamPower). The funding will be used for a large-scale electricity storage project in the Erongo region.

The state-owned Namibia Power Corporation (NamPower) now has the financial means to implement its project to build a large-scale electricity storage system in the Erongo region. The company is benefiting from a €20 million grant from Kreditanstalt für Wiederaufbau (KfW), the German development agency. The financing agreement was signed recently between NamPower’s managing director, Kahenge Haulofu, the director general of Namibia’s National Planning Commission, Obeth Kandjoze, and Barbara Pirich, KfW’s director in Namibia.

The electricity storage system will be installed in Omburu, a town in Erongo Province. NamPower is expected to contribute 20% of the total cost of the storage project. The state-owned company will focus on connecting the future storage system to Namibia’s national power grid from the Umburu substation, as well as paying local fees and taxes not covered by the KfW grant.

NamPower’s project aims to stabilize its grid and, more importantly, provide a back-up solution in case of failures of existing generation facilities, including the aging 120 MW Van Eck thermal power plant, commissioned in 1972 and located in the industrial area north of the capital Windhoek. The project also aims to reduce the cost of electricity fed through the Southern African Power Pool (SAPP).

Specifically, the batteries will store electricity during off-peak hours, when the price per MWh is low, in order to feed this electricity back into the Namibian grid during peak hours. More interestingly, the future storage system will add value to renewable energy plants that have intermittent production.

NamPower is building a solar photovoltaic plant in Emburu. With an expected capacity of 20 MWp, the solar park is being built on 20 hectares of land by a consortium formed by Hopsol Africa and Tulive Private Equity. The facility is expected to provide enough electricity to cover the needs of 20,000 Namibian households.