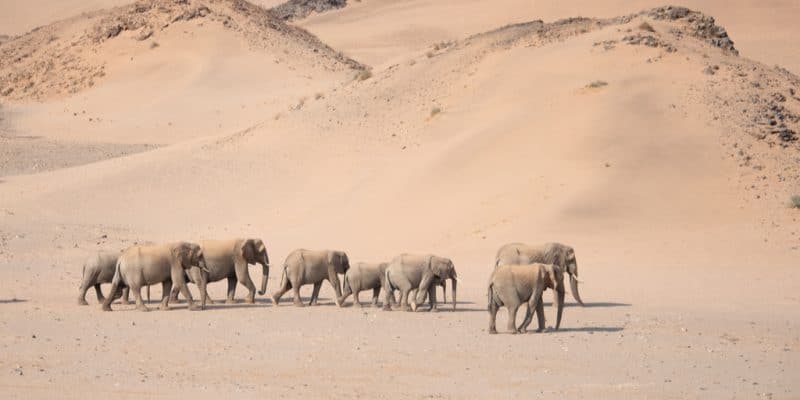 At least 200 elephants are for sale in Namibia. The government of this southern African country justifies this decision by the drought that has been affecting the wildlife for several years, and which accentuates the conflict between large mammals and farmers.

The Namibian government continues to sell its wildlife. This time, the authorities are putting 200 elephants currently living in reserves on the market. The sale of these pachyderms is justified by the drought, a consequence of global warming that particularly affects countries in southern and eastern Africa.

While this phenomenon is not entirely new in Namibia, known for its arid climate, in recent years the situation has worsened, drying up water points essential for Namibia’s elephants and other large mammals. The drought also affects people, especially farmers who have to share their meagre resources (water and pasture) with wild animals.

The Namibian government also justifies the sale of 200 elephants by the worsening of the human-wildlife conflict in the country. It believes that the sale of its animals should help to reduce this recurrent phenomenon, and above all prevent the pachyderms from starving to death. This argument is supported by the fact that in 2018, 64,000 animals died of starvation in Namibia. Indeed, two years ago, a relentless drought hit southern Africa, impacting wildlife and affecting water supplies in countries such as South Africa and Namibia.

The government’s decision to sell some of its elephants is not unanimously supported, especially by conservation organisations. Some believe that the sale of animals could hasten the extinction of certain species, especially since these animals can be bought by players in the game industry who use them for hunting expeditions or to produce meat and hides. With this transaction, the Namibian government is touching on the provisions of the Convention on International Trade in Endangered Species (CITES), which it has threatened to leave in 2019.

In addition to the sale and starvation that await Namibia’s elephants, these large animals are now threatened by the oil exploitation of the Canadian company Reconnaissance Africa (ReconAfrica). It has obtained two concessions covering more than 35,000 km2 in the rich (biodiversity) Okovango Delta, straddling Namibia and Botswana.