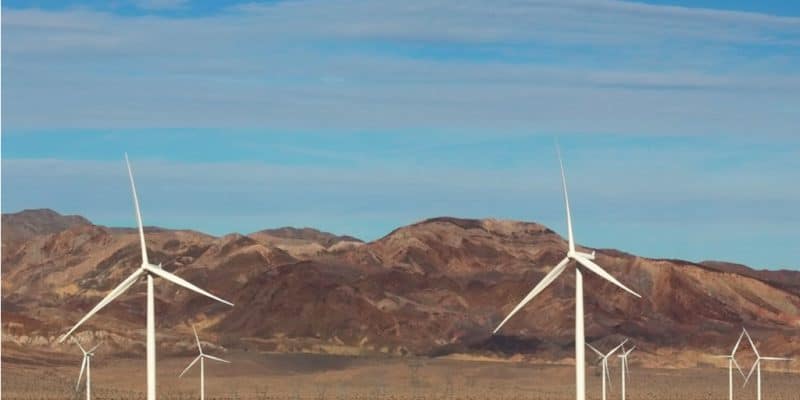 The Namibian government has recently given its approval for the development of 4 wind farms in the Tsau//Khaeb National Park (Sperrgebiet). The facilities will be built by the state-owned company NamPower and two independent power producers (IPPs).

Sustainable cities and territories #15. Our series in partnership with the Africa-France 2020 Summit.

The decision is both a source of enthusiasm and concern for environmental activists in Namibia. The government of this southern African country has approved the implementation of four wind power projects in the centre of the Tsau//Khaeb (Sperrgebiet) National Park, located near the coast in the south-west of the country. Two of these wind projects are being carried out by the state-owned company NamPower.

The construction of the first wind farm will require an investment of N$1 billion (about US$68 million). The facility will consist of 16 turbines that will turn on coastal wind while producing 40 MW. NamPower’s second wind farm will have a capacity of 50 MW. The other two wind farms will be built by independent power producers (IPPs).

Among the projects approved by the Namibian government is that of the Franco-Namibian company InnoSun Energy Holding. Its wind farm will have a capacity of 50 MW. This IPP is not new in Namibia, having already successfully completed the Ombepo wind project in the south-west. The small wind farm, which the company built, has a capacity of 5 MW with an investment of 13 million dollars.

A 40 MW wind project by United Africa has also been approved by the Namibian government. As part of its joint venture with Quantum Power, United Africa is implementing the wind project near the city of Lüderitz, which will produce 44 MW. These different projects will enable “Namibia to achieve its objectives within the framework of national development goals and will place the country in a situation where the majority of its electricity is produced by wind turbines”, explained Teofilus Nghitila, the director general of the Namibian Ministry of the Environment and Tourism.

The four wind projects will help reduce Namibia’s energy expenditure vis-à-vis its neighbours. The installation of the wind turbines in the Tsau//Khaeb National Park, is raising concerns among environmental activists. This biodiversity reserve covers an area of 26,000 km² along the Namibian coast. Despite the desert climate of this part of the Namib, the park is home to many species of plants and animals such as the oryx, springbok and brown hyena. Animals most threatened by wind turbines, are birds such as the oystercatcher, serin alario and the lark.

These animals can collide with the blades of moving wind turbines. “Our goal is to reduce any negative impact on biodiversity in the park. We know that the area is sensitive and is home to unique organisms, especially succulent plants that are very important to the ecosystem. Everything is well documented,” says Teofilus Nghitila.

Except that, for the moment, there is no plan in place for the protection of birds in Tsau//Khaeb National Park.