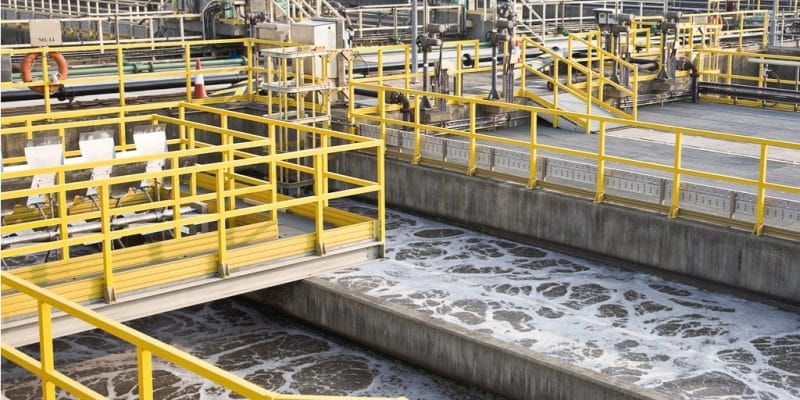 A treatment plant has just been commissioned at the Namibian Institute of Mines and technology (NIMT). Funded by Germany, this plant allows the training school to save money in terms of water consumption, some of which is now reused.

The Namibian Institute of Mines and Technology (NIMT) now has a waste water treatment plant. It was recently inaugurated on one of the campuses of this training school based in Arandis, in the Erongo region in Northwestern Namibia.

Two containerized units were installed in Arandis, two others in Keetmanshoop and one in Tsumeb. Each unit can produce 20,000 litres of purified waste water per day. The waste water treatment plant therefore has a total capacity of 40,000 m3 per day.   This water is then reused for grey water, toilet flushing, car washing and gardening. These reuse services will be provided at NIMT’s three campuses.

According to Gabi Schneider, the chairman of the school’s board of directors, who trains Namibia’s mining operators, the new sanitation infrastructure will mainly lead to savings on water consumption and reduce the institution’s bills. More importantly, the waste water treatment plant will facilitate training and “capacity building while promoting local development”.

The new infrastructure, which has just been inaugurated, is worth $10 million. Funding was provided by the German government, with the support of the Rotary International Foundation. According to Gabi Schneider, the NIMT waste water treatment plant will boost Namibia’s water reuse capacity. Several cities in this southern African country have waste water treatment infrastructure. This is the case in the cities of Swakopmund, Walvis Bay, Tsumeb, Otjiwarongo, Okahandja, Mariental, Oranjemund and Windhoek.

Windhoek, the capital, is considered a model city in terms of waste water recycling in Namibia. It has the country’s largest waste water treatment plant, the New Goreangab Water Reclamation Plant (NGWRP), managed by Wingoc (Windhoek Goreangab Operating Company), a consortium that includes Veolia, Berlinwasser International and Wabag, since 2001. Treated waste water has been mixed with drinking water for more than 45 years. This is a clear example of direct water reuse and a form of perfect circular economy, applied to water. However, such direct reuse of waste water for drinking purposes is specific to Windhoek only. Other cities are still reluctant to allow humans to consume recycled water. This water is more likely to be used for irrigation.