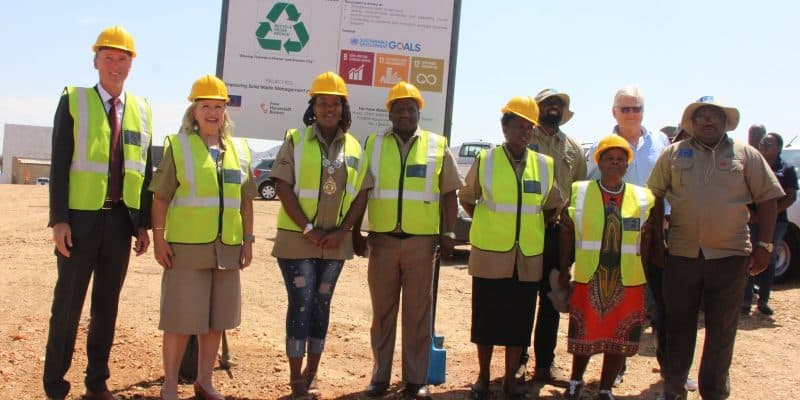 Announced since July 2022, the establishment of two waste buy-back centres in the city of Windhoek in Namibia is now effective. The facilities have just been inaugurated by the Namibian government and the European Union (EU), which is financing the project.

In Namibia, people in the city of Windhoek will now earn money from the sale of their household waste at two new centres. These facilities, built at Hans-Dietrick Genscher and near the Mamadu Botanical Garden in Katutura Township, were inaugurated on 31 October 2022 by the Windhoek municipality.

Windhoek residents will soon be able to earn an income by collecting and selling their recyclable waste to the City of Windhoek’s Waste Buy-Back Centres. The first-ever Waste Buy-Back Centre will be constructed at the corner of Hans-Dietrich Genscher &Streets in Katutura. pic.twitter.com/eoZHRb3lZ5

The facilities, funded to the tune of €2.12 million (more than N$36 billion) by the European Union (EU), will receive the waste, process it and use it as raw material to make other items. According to the head of the EU delegation in Namibia, the initiative aims to recycle 2 000 tonnes of solid waste through the gradual deployment of 100 collection units under the ‘Improving Solid Waste Management in Windhoek’ project. The project will also create jobs and raise awareness of resource conservation among 6,800 students.

“Population growth has led to an increase in the amount of waste generated each month, which in turn has put a strain on the capital’s landfills and shortened their lifespan. We are trying to limit the amount of litter in the city,” says Fransina Kahungu, chairperson of the Basic Service Delivery Committee of the Windhoek Municipality.

The Namibian government is also counting on the support of other development partners such as the German Agency for International Development Cooperation (GIZ). In 2019, the agency deployed four mobile recycling units in Rundu Okaukuejo, Divundu and Otjiwarongo with the main objective of reducing air pollution in these cities.