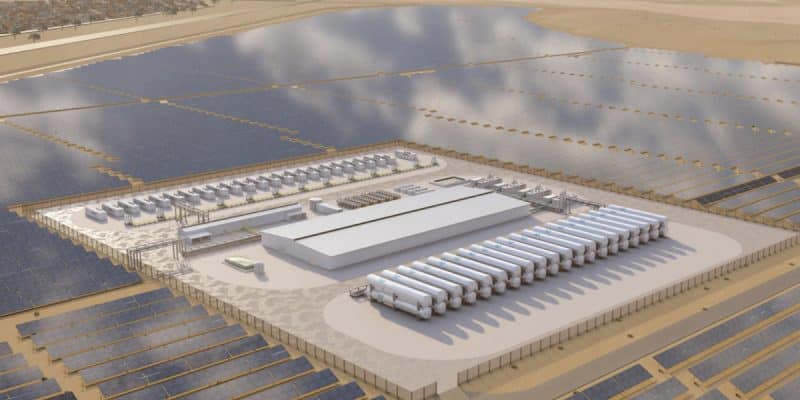 The European Investment Bank (EIB) is signing a partnership with HDF Energy on the sidelines of the 27th United Nations Conference of the Parties on Climate Change (COP27). In Namibia, the French company is developing a hydrogen power plant in the port city of Swakopmund.

The partnership agreement was signed in Sharm el-Sheikh, in the Namibia pavilion, in the presence of State Hage Geingob and Ursula von der Leyen, President of the European Commission. Under the partnership, the European Investment Bank (EIB) will support HDF Energy’s green hydrogen project in Namibia. In this southern African country, the company based in Lormont, France, plans to build an 85 MWp solar photovoltaic plant. This electricity will be converted into hydrogen to power a Renewstable® plant.

Such a plant addresses the problem of intermittency associated with the production of solar photovoltaic energy. According to HDF, the EIB’s support will accelerate the development of its project in the port city of Swakopmund in western Namibia. It estimates that the hydrogen plant will be able to generate 142 GWh annually, enough electricity for 142 000 people in Namibia.

“The EIB’s new cooperation with HDF Energy for the Swakopmund Renewstable® project accelerates the implementation of the project, enables Namibia to reduce the price of electricity for end-users and kick-starts the realisation of green hydrogen investments and the development of green hydrogen expertise in Namibia,” says HDF Energy.

According to HDF Energy, the construction of the Renewstable® plant will require an investment of N$3.1 billion, or US$178.4 million. This investment supports Namibia’s strategy to harness its renewable energy potential for the production of green hydrogen and its derivatives. This policy will be implemented through private investments by companies such as HDF and Hyphen Hydrogen, which are already positioning themselves in the green hydrogen market in Namibia.