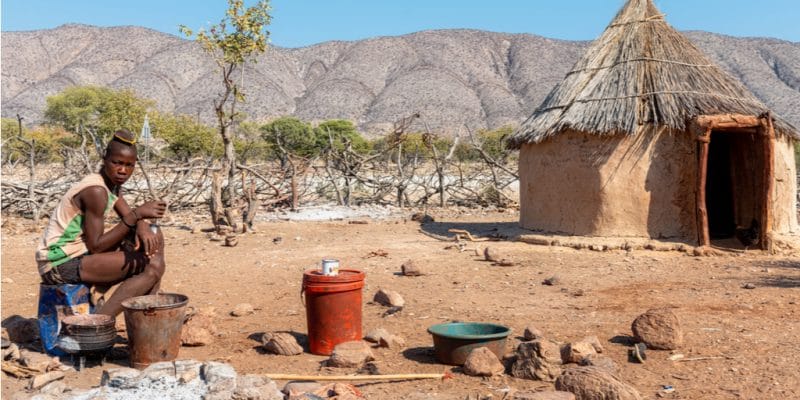 Drought has been undermining food security in Namibia for several years. About 350,000 people are threatened by hunger in the country. The Namibian government has recently begun working with the World Food Programme (WFP) to provide an effective response to the risk of famine threatening the country.

Namibia, a country with an arid climate in southern Africa, is facing one of the worst droughts in its history. According to Namibia’s Prime Minister, Saara Kuugongelwa, “in different parts of the country, drought has damaged farmland and pastures”. She says 350,000 people are at risk of starvation due to the drought. Most areas are suffering from water shortages. Watersheds are virtually dry. They did not receive enough water during the last rainy season. In this context of food insecurity, the Namibian government has requested the intervention of the World Food Programme (WFP) to provide an urgent response to the risk of famine in the country.

Namibia has a population of 2.4 million in fourteen regions. Eight of the regions are currently affected by drought in the central and northern parts of the country. As a first step, the WFP has started to intervene in the regions directly affected by the crisis. The organisation is implementing monthly food rations in kind for vulnerable food-insecure people. The distribution is done in partnership with the US Agency for International Development (USAID) office of Food for Peace (FFP). The U.S. Ambassador to Namibia Lisa Johnson and Namibian Prime Minister Saara Kuugongelwa-Amadhila recently delivered more than 85 tons of food to 12,000 vulnerable drought-affected people in the East and West Kavango regions of northeastern Namibia.

Before the drought hit the people, it took its toll on wildlife. A report by the Namibian Ministry of Agriculture in April 2019 indicated that 63,700 animals had died in 2018 due to drought. This prompted the Namibian government to auction almost 1,000 wild animals in June 2019. The money raised from this sale, about $1.1 million, was allocated to wildlife conservation.

Namibia is not the only country affected by the drought in southern Africa. Other countries in Eastern and Southern Africa have also been suffering from drought for several months. In Madagascar, the drought is causing enormous damage in the far south. According to a report published February 10, 2020, by the Food and Agriculture Organization of the United Nations (FAO) and the Ministry of Agriculture of Madagascar, food reserves are almost exhausted, plunging some 500,000 people into a nutritional crisis. The FAO predicts that by March 2020, 730,000 people will be severely food insecure due to drought. This phenomenon is intensified by global warming.