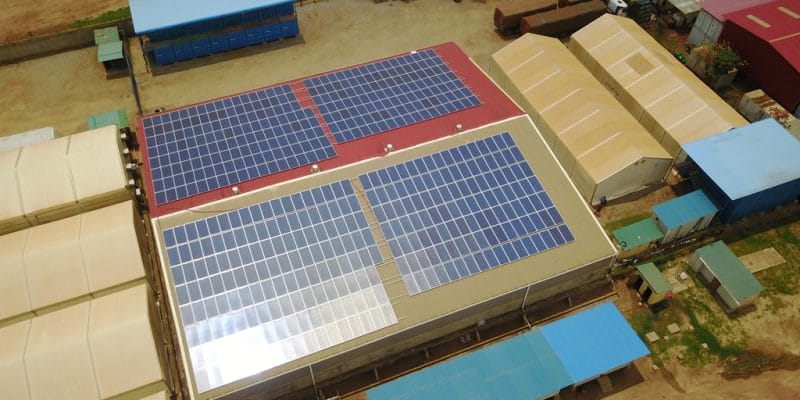 The German company Cronimet Mining Power Solutions recently commissioned a solar photovoltaic off grid on the roof of Wernhil Park, a shopping centre in Windhoek, Namibia's capital. This facility has a capacity of 1.13 MWp.

Wernhil Park, a shopping centre located in Windhoek, now runs on green electricity. This is thanks to a solar photovoltaic off grid installed on its rooftop, a realisation of the solar off-grid supplier Cronimet Mining Power Solutions, based in Germany.

The company took two months to build this facility using local manpower and 400 Wp PERC technology. It is a solar cell architecture that differs from the standard architecture used for three decades “and maximises the production of electricity” from the sun’s rays. The solar off grid installed on the roof of Wernhil Park has a capacity of 1.13 MWp.

According to the German company Cronimet, the solar off grid installed on the roof of the Windhoek shopping centre will prevent emissions of 2,144 tonnes of CO² per year. This is not its first off-grid solar power plant in Namibia, where it has won many contracts.

In April 2019, it had put into service an 800 kWp solar off grid for Namibia Dairies, one of Namibia’s leading dairy companies, employing more than 700 people. This off grid consists of solar panels installed on the roof of the factory, on the rooftop of the carport and in the courtyard of the establishment. In this project, Cronimet acted as an engineering, procurement and construction (EPC) partner. The company will operate and maintain the facilities over a 25-year period.