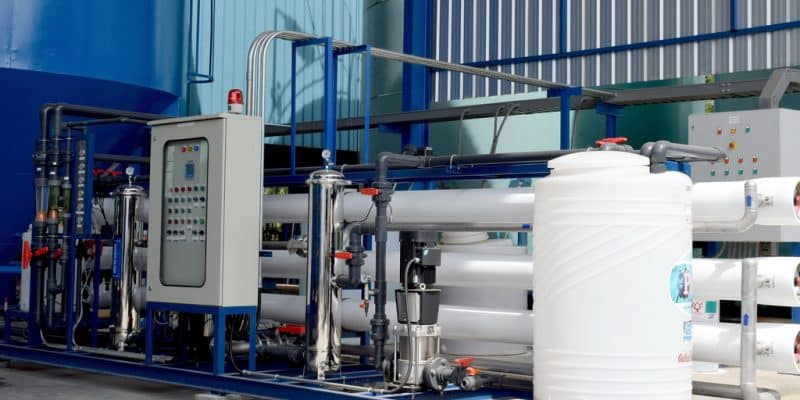 In Namibia, the rural municipality of Daures is benefiting from three water desalination plants to meet the agricultural needs of the population in the face of the impacts of climate change affecting this southern African country.

According to the Namibian Ministry of Agriculture, Water and Land Reform, Namibia is among the 30 driest countries in the world. In this context, the Environmental Investment Fund of Namibia (EIF) recently installed three reverse osmosis units worth N$1 million (US$56,000) in the municipality of Daures in the Erongo region.

These mini desalination plants will contribute to the improvement of agricultural practices and livelihoods of the people of Goeie Geluk Pos, Farm Vrede and Santamab Pos. Reverse osmosis is a mechanism for purifying water through a very fine filtering system that allows only the water molecules to pass through. According to the EIF’s director of operations, the aim is to soften water to make it suitable for human consumption and irrigation, and to improve sanitation and hygiene. Ultimately, the initiative will “relieve rural communities of the burden of hard, high mineral content water”, explains Karl Aribeb.

For his part, the governor of Erongo said the facilities will have an impact on the yields of small-scale farmers in the region, who have been affected by drought. “These new water softening units will improve sanitation and hygiene and serve as a platform for rural economic empowerment for many households,” says Neville Andre.

Namibia has about 85% access to safe drinking water, but rural areas are not as well served. For this reason, the state-owned Namibia Water Corporation (NamWater) recently commissioned the Bethany brackish groundwater desalination plant in the ǁKaras region located 130 kilometres west of Keetmanshoop. The facility, which has a capacity of 487 m3 of drinking water per day, has equipment that can operate even during periods of load shedding thanks to solar panels.

NamWater used N$37 million (about US$2.3 million) in funding to build the desalination plant. The state-owned company was supported in the implementation of this project by the Desert Research Foundation of Namibia (DRFN), the Adaptation Fund (AF) and the Multilateral Environmental Agreements Division of the Namibian Ministry of Environment, Forestry and Tourism.