NAMIBIA: $1.4m EIF and GCF for climate resilience in Keetmanshoop 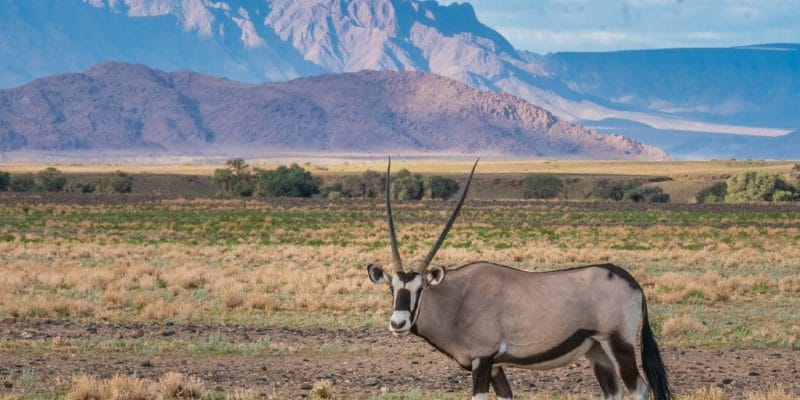 The Environmental Investment Fund of Namibia (EIF) and the Green Climate Fund (GCF) are allocating N$22 million (over US$1.4 million) to a climate change resilience project in Keetmanshoop. In this town in the ǁKaras region in southern Namibia, one of the manifestations of climate change is falling rainfall levels.

Namibia is one of the most drought-affected countries in southern Africa. It is aware of this reality that the government has been stepping up climate change resilience initiatives in recent years. The latest one was launched on November 6th, 2020 in Keetmanshoop by Namibia’s Minister of Environment, Forestry and Tourism, Pohamba Shifeta.

In this city in the ǁKaras region in southern Namibia, the community-based natural resource management organisations implementing the project will use ecosystem-based adaptation (EBA) as “a cost-effective, low-risk approach to building resilience to climate change in eight different Namibian landscapes”. The initiative is funded through a N$22 million (over US$1.4 million) grant from the Environmental Investment Fund of Namibia (EIF) and the Green Climate Fund (GCF).

ABE is a nature-based solution that harnesses biodiversity and ecosystem services to reduce vulnerability and build resilience to climate change. According to the International Union for Conservation of Nature (IUCN), this solution involves the conservation, sustainable management and restoration of vulnerable ecosystems (drylands, mountains and coastal areas) on which 70% of Namibia’s population depends for their livelihoods. In Namibia, climate change and its impact is reflected in a 4% annual reduction in rainfall, a 10% reduction in cereal and livestock production, a 10% increase in the rate of evaporation and an increase in the number of hot days by 21 per year.

The implementation of the climate resilience project in Keetmanshoop will therefore directly benefit nearly 60,000 people and indirectly 156,000 others in the city. “The project will also train 200 people, including government officials and smallholder farmers in awareness raising on climate threats and appropriate responses. Adaptive capacity at the community level will also be improved so that communities are able to manage natural resources sustainably,” says Pohamba Shifeta, Namibia’s Minister of Environment, Forestry and Tourism.