Homepage » MOZAMBIQUE: The State creates a “green” park in Beira to fight against floods

MOZAMBIQUE: The State creates a “green” park in Beira to fight against floods 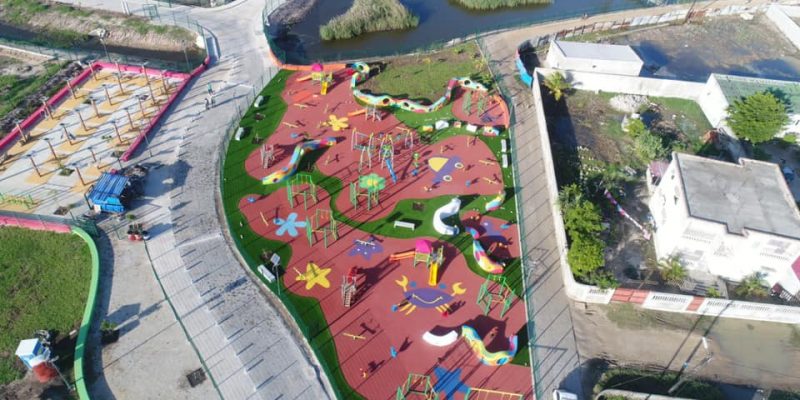 The coastal city of Beira in Mozambique is home to a new ecological park. The 45,000 m2 natural area was recently inaugurated by the President of the Republic of Mozambique, Filipe Nyusi. The park will improve Beira's drainage system.

Beira, the second largest city in Mozambique with more than 500,000 inhabitants, faces many problems, including coastal erosion and flooding. In March 2019, the coastal city, located in the estuary of the Pungue River (400 km long), was hit by Cyclone Idai. Due to the strong winds and heavy rain that followed, Beira was heavily damaged.

The government of Mozambique wants to prevent this from happening again. The recently commissioned “green” park will serve as a buffer zone for the retention of flood water in Beira. This will improve the city’s drainage system, reducing the risk of floods and other natural disasters. The natural area has been developed on a 45,000 m2 plot of land in the heart of the coastal city. “Green spaces in urban areas help to regulate the local climate or microclimate through the ability of plants to absorb carbon dioxide and release oxygen. They also help to regulate temperature and provide protection against wind, rain and soil erosion,” explains Filipe Nyusi, President of the Republic of this East African country.

A 3.2 km-long footpath now runs through Beira’s “green” park. Playgrounds have been laid out over 3100 m2, and a grassy area of 27,000 m2, as well as five open-air gymnasiums and two multi-purpose sports fields also add to the charm of Beira’s ecological park.

The development of Beira’s “green” park was jointly financed by the Mozambican government and the Kreditanstalt für Wiederaufbau (KfW), the German development agency, to the tune of 20.7 million dollars.