MOZAMBIQUE: The government inaugurates a drinking water station in Macossa 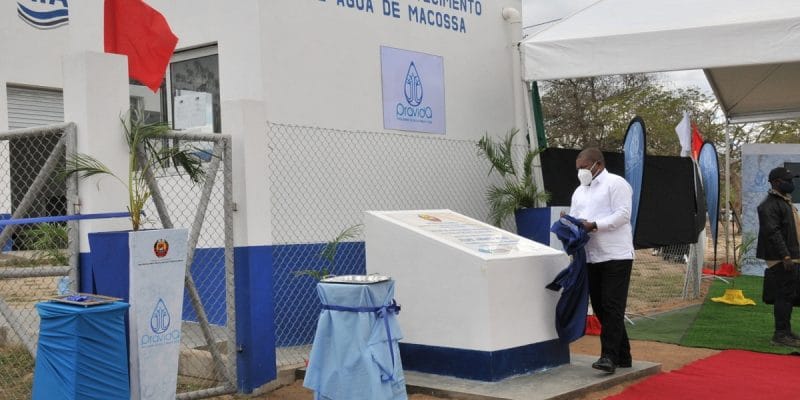 A drinking water plant is now operational in Macossa, a village in the district of the same name in the province of Manica in Mozambique. The plant was recently inaugurated by Mozambican President Filipe Jacinto Nyusi.

The Mozambican province of Manica is acquiring new drinking water production facilities. A drinking water supply system (AEP) was inaugurated on September 5th, 2020 in the village of Macossa by the President of the Republic of Mozambique, Filipe Jacinto Nyusi.

The Macossa station is connected to an elevated water tank with a storage capacity of 31,300 m3. The plant will be used to supply the 6,890 inhabitants of Macossa, through 11 km of piping. So far, 120 drinking water pipes have been laid, enabling 2,000 people to receive water from the plant. The Mozambican authorities indicate that the other connections will be made gradually.

The construction of the plant required an investment of 99 million Mozambican meticals, or about 1.4 million dollars. Other WATSAN systems have been commissioned in the districts of Tambara and Guro. The government of Mozambique funded the works under the Water for Life Programme (Pravida) launched in October 2018. At a total cost of 4.8 billion Mozambican meticals (approximately US$67 million), the programme aims to establish a network of water supply facilities capable of producing 1.2 million m3 of water for the benefit of more than one million people in different parts of the country.

Since the launch of “Pravida” in 2018, several drinking water facilities have been commissioned in Mozambique. In 2019, for example, several towns in the province of Nampula were equipped with a drinking water distribution centre, 10 boreholes, water supply systems and reservoirs. At least nine boreholes were also rehabilitated in this province.

Other towns such as Mueda in Cabo Delgado province in the north of the country and Massinga in Inhambane province in southern Mozambique were also equipped with new drinking water facilities in 2019.