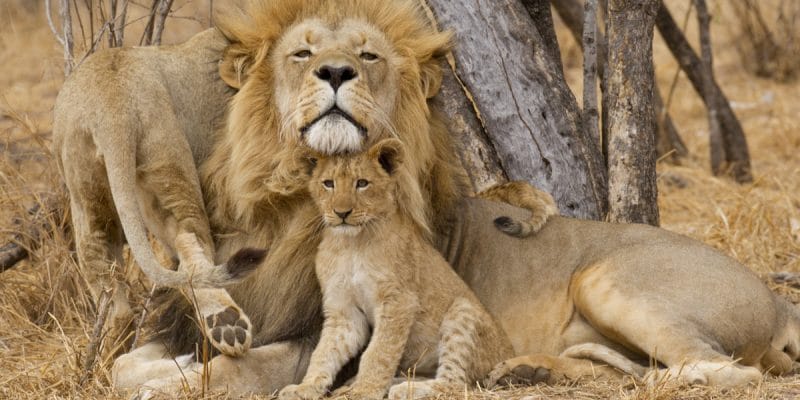 The actions undertaken for the protection of lions in Gorongosa National Park in central Mozambique are satisfactory. The big cat population is increasing significantly in this protected area with a total of 146 individuals, while in the rest of the continent, alerts are being issued due to the risk of extinction of African lions by 2050.

The wardens of Gorongosa National Park in central Mozambique have made lion protection a priority. The nearly 15 years of civil war (1977-1992) in Mozambique also led to serious losses in biodiversity, including a 95 per cent decline in the East African country’s large mammal populations. After the conflict, nature regained its rights and many species returned, with the exception of lions, yet the population of these big cats in a given environment is characteristic of the health of its biodiversity. “The lions are sentinels. When conditions are bad, they suffer the first impact, but when life goes well, they recover quickly and that’s what we see,” says Paola Bouley, associate director of lion conservation at Gorongosa National Park.

To get back on track, in 2015 Paola Bouley and her team first reflected on the causes of the decline of the park’s lion population and determined that the main threat to the felines was the snares set by poachers to trap large herbivores. A third of the park’s lions had been captured, maimed, or killed by these traps. But through the organization of ground patrols, Gorongosa inspectors reversed the situation by systematically removing all traps in the park. This operation allowed the growth of the species to resume, to the point that in December 2019, the park announced that it had reached the number of 146 lions. “This is something I haven’t seen in the seven years we’ve been studying the lion population,” says Bouley.

The species could become extinct by 2050.

The experience of preserving lions in Gorongosa Nature Reserve could serve as an example for other protected areas in Africa where big cats live. According to scientists, the species could become extinct by 2050. The latest studies show that by 2035, half of the current population of African lions will be extinct and only about 10,000 will remain in the wild. The African lions are thus following the same path as their Asian cousins, which already numbered only 350 individuals in 2014.

Beyond the massive destruction of the savannah, which explains the disappearance of the lions, there is above all poaching. In West Africa, for example, where the parks are not much frequented by tourists, the lions are consequently little protected and are worth much more money when they are dead. While in southern and eastern Africa where the tourism potential is better, lions are better protected in order to attract more tourists.