Homepage » MOZAMBIQUE: How agriculture has become resistant to climate change

MOZAMBIQUE: How agriculture has become resistant to climate change 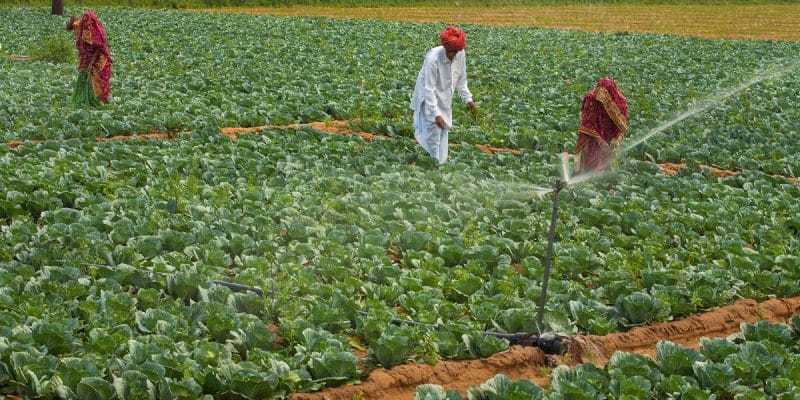 A vegetable processing plant will be commissioned in June 2019 in southern Mozambique. Although the country is the third African territory most affected by climate hazards, its agriculture is still experiencing a revival in production. An AfDB-supported climate-smart agriculture project had already enabled Mozambique to produce 754,287 tons of vegetables in 2016.

Mozambican farmers have regained hope in agriculture. The loss of crops and livestock during floods and droughts is now a sad memory for them. The Pilot Programme for Resilience to Climate Change (PPCR) has enabled them to mitigate climate hazards.

In 2012, the Mozambican government, supported by the African Development Bank (AfDB) and the Climate Investment Fund, invested US$ 35.2 million to support people affected by the floods. For example, Filomena Alfredo Xandlala, a horticulturalist from the Chongoene district of southern Mozambique, has returned to the fields after a long period of inactivity. Her community suffered terribly from the record floods of 2,000, with about 50 dead and more than 10,000 displaced. Filomena had then lost her entire rice harvest, and had decided to give up farming for good. About ten years later, the 50-year-old woman reversed her decision, thanks to the PPCR project. “This project has taught us a lot about agriculture and we look forward to better harvests. I am optimistic for the future,” she says, with a smile on her face.

With a total of 8,200 farming families, or 40,000 beneficiaries, the programme provides training on intelligent agriculture, enabling farmers to acquire methods for adapting to the new climate situation. The project also includes the introduction of new climate-resistant seeds, the strengthening of rural roads, the rehabilitation of irrigation and drainage infrastructure on a 2,000-hectare area, and the development of 1,050 hectares of land, which enabled Mozambique to produce 754,287 tonnes of vegetables in 2016, nearly half of which came from the southern regions of the country.

A vegetable processing unit with a capacity of 20 to 25 tonnes per day is being built as part of this financing and it is expected to be operational in June 2019. The factory will source vegetables from the producers to be washed, selected, graded, packed and stored. The unit is built in Xai Xai, on an area of 2,114 square metres, of which 400 square metres are for offices and warehouses. A total of 8,000 producers will thus benefit from new outlets for the sale of their products.

All of which strengthen Mozambique’s predominantly rural economy, with 80% of the workforce in the primary sector. Agriculture thus ensures the subsistence of the vast majority of the inhabitants. It also represents an important source of income in foreign trade. Overall, it generates 65% of the gross domestic product. That is the main interest of the PPCR….