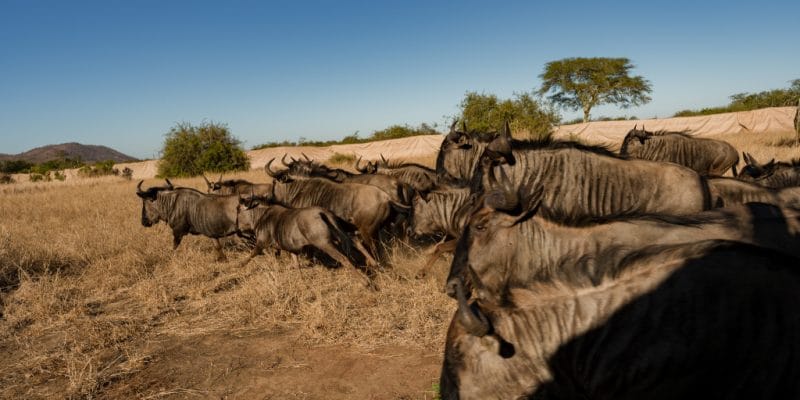 At least 89 zebras and blue wildebeests have been trans located from the Kruger National Park in South Africa to the Zinave Conservation Site in Mozambique. The donation from the South African government is helping to restore the Mozambican national park, which has been decimated by poaching.

The Zinave National Park restoration programme continues in Mozambique. With the agreement of the South African government, 89 herbivores have been released into the reserve in the southern Mozambican province of Inhambane. The donation from the South African Department of Forestry, Fisheries and Environment consists of 27 zebras and 62 blue wildebeest. The wild animals were transferred from the renowned Kruger National Park, located in South Africa, 1,250 km from Zinave.

The animals were transferred under safe guard with the support of the Peace Parks Foundation, which co-manages Zinave National Park with Mozambique’s National Administration of Conservation Areas (Anac). The two partners started the restoration of Zinave in 2016. The 408,000-hectare park has suffered for decades from human activities, including poaching, which has led to the loss of several large mammal species, including the black rhino, Cape buffalo, cheetah, reedbuck, eland, elephant, giraffe, Lichtenstein’s hartebeest, roan antelope, sable antelope, spotted hyena, wildebeest and Selous zebra etc.

Several wildlife species also disappeared from Zinave Park during the civil war between the Mozambique Liberation Front (Frelimo) and the Mozambique National Resistance (Renamo), directly after the war of independence, followed by the departure of the Portuguese settlers in 1975. During the civil war, wildlife that escaped poaching dispersed to southern Africa. Similar scenarios were also observed during the conflict in Rwanda and Angola. 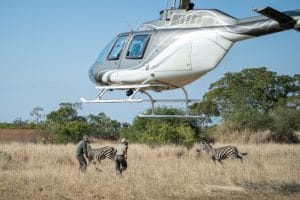 The present herbivore transfer is part of the Zinave National Park restoration programme, overseen by the Mozambican Ministry of Land and Environment. “The park is set to become a major player in the ecotourism economy of Mozambique. We value the cross-border partnerships we have with our government partners in South Africa and with the Peace Parks Foundation. This is a wonderful example of how regional partnerships can help build a more prosperous future for southern Africa and its people,” says Ivete Maibaze, Mozambique’s Minister of Land and Environment.

A major asset for Greater Limpopo

South Africa is playing a leading role in the restoration of Zinave. In four years, the South African Department of Forestry, Fisheries and Environment has approved the transfer of 700 wild animals to the park. In total, 2,300 animals have already been reintroduced into Zinave National Park. According to the Peace Parks Foundation, thanks to donations of wildlife from South Africa and Zimbabwe and restocking from other areas of Mozambique, Zinave has 13 species, including impala, reed cobra, water cobra, buffalo, zebra, wildebeest, giraffe, sable and elephant. “Thriving in their safe and abundant habitat, these reintroduced populations have more than doubled in number to nearly 6,000 animals,” the organisation says. With herbivore populations flourishing, the first predators, a clan of four spotted hyenas, were reintroduced to the park in late 2020 and have already produced their own offspring.

These translocations ensure the sustainability of the Greater Limpopo Trans frontier Park. This trans boundary protected area covers a total area of 99,800 km2 and encompasses the Kruger National Park in the Makuleke region of South Africa, the Limpopo, Zinave and Banhine National Parks in Mozambique, and the Gonarezhou National Park in Zimbabwe.