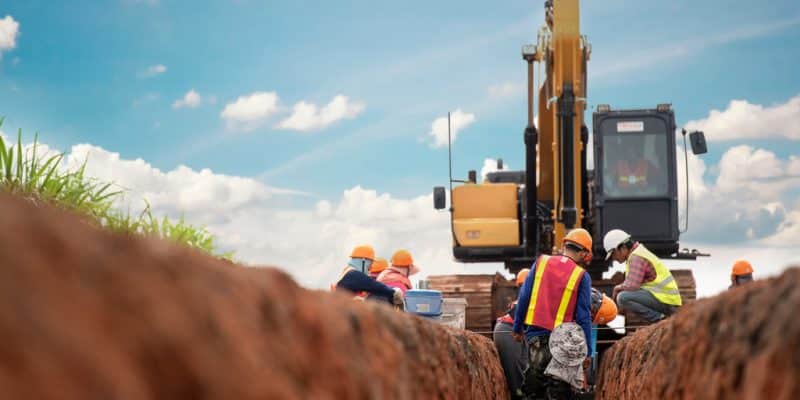 In Morocco, the National Office of Electricity and Drinking Water (ONEE) is launching a project to strengthen and secure the drinking water supply in Salé, a city located in the Rabat-Salé-Kénitra region. The €12 million initiative will help reduce the impact of water stress in the Kingdom of Morocco.

As part of the National Drinking Water Supply and Irrigation Programme (PNAEPI) 2020-2027 in Morocco, the National Office of Electricity and Drinking Water (ONEE) is launching a project to strengthen and secure the supply of drinking water in Salé, a town located 13 km from the capital Rabat. This project, costing 126 million dirhams (12 million euros), will benefit 982,000 people until 2035.

According to the Moroccan authorities, the initiative aims to “increase the capacity of the existing facilities treating water from the Sidi Mohamed Ben Abdellah dam from 104,000 m³ per day to nearly 256,000 m³ per day”. To achieve this, Onee will lay pipes over a distance of 28.6 km, with diameters ranging from 800 to 1,400 millimetres. The installation will connect the Bouregreg river treatment complex to the distribution reservoirs of Salé and the municipality of Bouknadel. The work in progress will allow the second section of this pipeline to be put into service by November 2022.

According to Redal, the Veolia subsidiary that provides delegated management of electricity, drinking water and liquid sanitation services, water consumption in the Rabat-Salé-Kénitra region has reached 359,200 m3 per day for a population estimated at 2.2 million inhabitants. To meet this demand, which has so far been covered by six pumping stations, the local authorities are counting on the implementation of the PNAEPI.

Read also-MOROCCO: Lydec will complete its sanitation work in Hay Al Maqam by 2023

The PNAEPI, launched in 2020, aims to accelerate investments in order to strengthen the supply of drinking water and irrigation, and thus reinforce Morocco’s resilience in the face of the drop in rainfall that is impacting the water table. At a total cost of 115.4 billion Moroccan dirhams (over 11 billion euros), the project is being implemented in several regions. In Greater Casablanca, for example, the second phase of work carried out by Onee in June 2022 aims to reinforce the booster station in order to increase the facility’s capacity to 4,000 litres per second by 2023.