Homepage » MOROCCO: “Triple A” initiative and the Moroccan agricultural sector presented in Buda

MOROCCO: “Triple A” initiative and the Moroccan agricultural sector presented in Buda 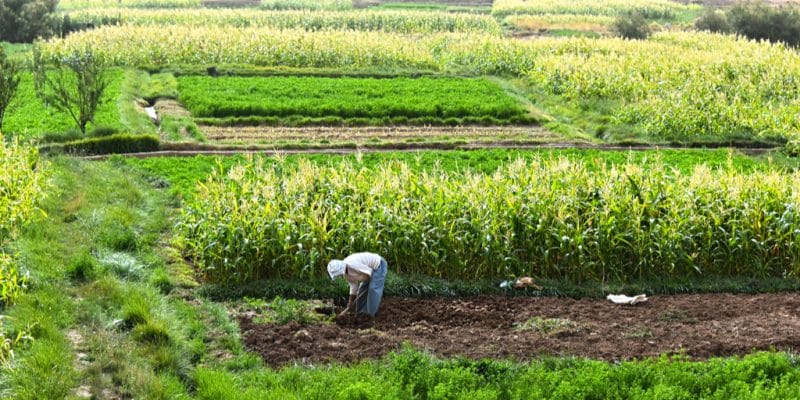 The Moroccan Embassy in Budapest (Hungary) organized a seminar on the agricultural sector in Morocco and the Kingdom's action in favour of sustainable development in Africa. It was part of the Africa Day celebrations in Hungary. She took the opportunity to present the "Triple A" initiative.

Morocco relies on sustainable development as a cornerstone of its national and African development policy. Especially in the agricultural sector. A policy that she does not hesitate to make known and promote to the whole world. The Embassy of the country, in collaboration with the Institute of Foreign Affairs and Trade, took the opportunity of Africa’s Day in Hungary to organize a seminar on the issue.

The President of the General Development Council, Mohamed Ait Kadi, led this working session, in the presence of the Moroccan Ambassador to Hungary, Mrs Karima Kabbaj. He focused his presentation on the Moroccan agricultural sector by insisting on the results produced on the ground by the Green Morocco Plan (in 2008, Morocco adopted the Green Morocco Plan, which aims to make agriculture one of the growth engines of the national economy in the next fifteen years. Editor’s note). He then pointed out that the aim of this plan was to improve farmers’ production and incomes by supporting the development of solidarity farming and certain agricultural sectors.

Mr. Ait Kadi told his audience that the fight against climate change must pass through the African continent and one of the ways to achieve this is to strengthen South-South cooperation in agricultural sectors and environmental policies, without neglecting North-South relations. And going in this direction, he did not fail to invite Hungary to participate in the development of the agricultural sector in Africa, citing in particular irrigation and livestock.

The initiative to adapt African agriculture to climate change was launched ahead of COP 22 in Morocco in 2016. It aims to reduce the vulnerability of Africa and its agriculture to climate change. Building on the instruments promoted by the United Nations Framework Convention on Climate Change (UNFCCC), the initiative seeks to put African agriculture’s adaptation at the heart of climate negotiations.

The “Triple A” initiative promotes the creation of projects that improve soil management, agricultural water management, climate risk management and financing solutions. A strategy that, in addition to being a key response to climate change, reduces the risks associated with food insecurity. In fact, agricultural yields in Africa under severe threat from global warming could decline by 20% by 2020 unless the continent adapts rapidly to ongoing climate change.

It is therefore beneficial for the African continent, which is responsible for only 4% of greenhouse gas emissions worldwide. On the other hand, 6 of the 10 countries most threatened by climate change are African. To date, the triple A initiative is supported by 33 African countries, the UNFCCC and the Food and Agriculture Organization of the United Nations (FAO), the World Bank Group, the French Development Agency and the German government.