Homepage » MOROCCO: Towards a PPP for 5,200 hectares irrigated via desalination in Dakhla

MOROCCO: Towards a PPP for 5,200 hectares irrigated via desalination in Dakhla 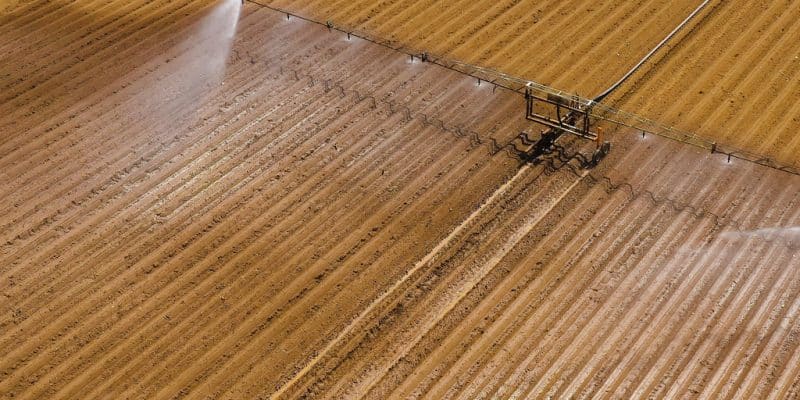 The Moroccan government wants to create a 5,200 hectare perimeter irrigated with desalinated sea water in the Dakhla-Oued Ed-Dahab region of Western Sahara. To achieve this goal, the Moroccan authorities want to set up a public-private partnership (PPP).

The establishment of a public-private partnership (PPP) was announced on 5 September 2022 by the Moroccan Agency for Agricultural Development (ADA). This development model will allow the implementation of the project to create a new 5,200 hectare irrigated perimeter in the Dakhla-Oued Ed-Dahab region of Western Sahara.

The future perimeter will be created from the desalination of sea water in Dakhla. A new wind-powered plant will be built in the region by Dakhla Water & Energy Company (DAWEC), a joint venture between International Power, the subsidiary of the French group Engie and Nareva, the subsidiary of the Moroccan group Al Mada.

The development of 219 projects on the irrigated perimeter

According to the Moroccan Ministry of Agriculture, Maritime Fishing, Rural Development and Water and Forests, the majority of the water treated by the Dakhla desalination plant, i.e. 30 million m3 per year, will be used to irrigate the land,

will be used for the irrigation of agricultural land. The other part of the production, i.e. 7 million m3 per year, will be dedicated to the drinking water supply of the city of Dakhla.

In total, 219 projects will be developed on the future irrigated perimeter through leasing for 25 to 40 years depending on the nature of the projects. These are 100 small projects of 5 to 10 hectares intended for the youth of the region, 78 medium projects of 10 to 40 hectares, 34 large projects of 40 to 147 hectares and seven aggregation projects exceeding 147 hectares.

Read in english – MOROCCO: Six consortia are vying for a €800m desalination contract in Casablanca

The agricultural development of the site will be based on the development of early market gardening, particularly under greenhouses, other high value-added crops as well as fodder crops estimated at more than 415,000 tonnes in total for the national market. In addition to strengthening food security, the irrigation project will create an annual added value of more than one billion Moroccan dirhams (92.6 million euros) and more than 10,000 permanent jobs, according to the Moroccan authorities.