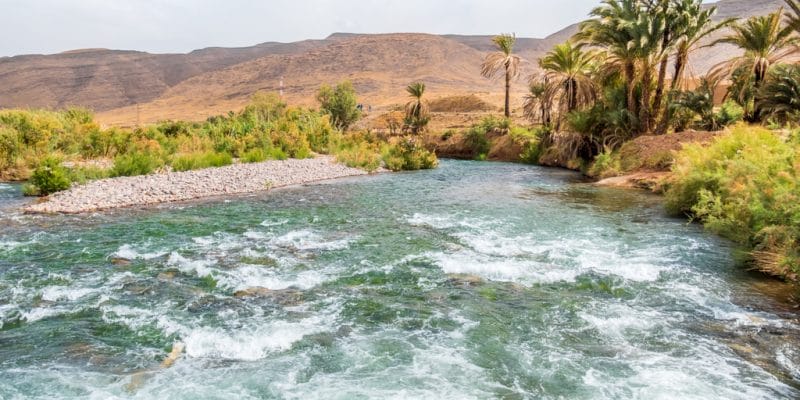 A conference on integrated and sustainable water management was held on September 10th, 2020 in Chichaoua, a province in north-west Morocco. The discussions focused exclusively on Ain Abaynou, the region's main watercourse, whose flow has dropped considerably due to the climate and unregulated agricultural use.

A new situation has come into play in the agricultural use of the waters of the Ain Abaynou, a river that crosses the province of Chichaoua, in the north-west of Morocco. The precious water resource will now be used rationally. After a census, farmers who irrigate their plantations with water from the river will be required to comply with the water pumping schedules set by the authorities and to install meters, which will make it possible to check compliance with the recommended water volumes.

This is what emerged from the meeting held on September 10th, 2020 in the offices of the governor of Chichaoua. The exchanges focused on the participatory and sustainable management of Ain Abaynou in a context marked by drought and the drying up of springs. The Secretary General of the Tensift Water Basin Agency (ABHT) as the party responsible for water management in this province gave a presentation on the worrying situation of water resources in the region, before opening the discussions on the development of an integrated and sustainable water management plan for Ain Abaynou.

A strategic river for the subsistence of local populations

The brainstorming meeting convened by the governor of Chichaoua follows numerous complaints and concerns expressed by the inhabitants. On the internet and even through television, many were alarmed to see their cultures drying up without being able to do anything about it. The river’s flow rate has dropped considerably. During the dry seasons, the pipes are empty and there is not a single drop of water to irrigate the crops. In his presentation, the secretary general of the ABHT justified this drop in the river’s flow rate by: the rainfall deficit, the increase in the rate of return of irrigation water, and the increase in the area irrigated by groundwater in the river basin.

In addition to the rational pumping of river water, other measures will be taken not only to adapt to the depletion of water resources in Chichaoua, but also for the restoration of the Ain Abaynou. Thus the authorities have promised to meet again next time. The second meeting will be broader, in that it will bring together all stakeholders such as cooperatives and farmers’ associations.