MOROCCO: The government launches the construction of five water reservoirs 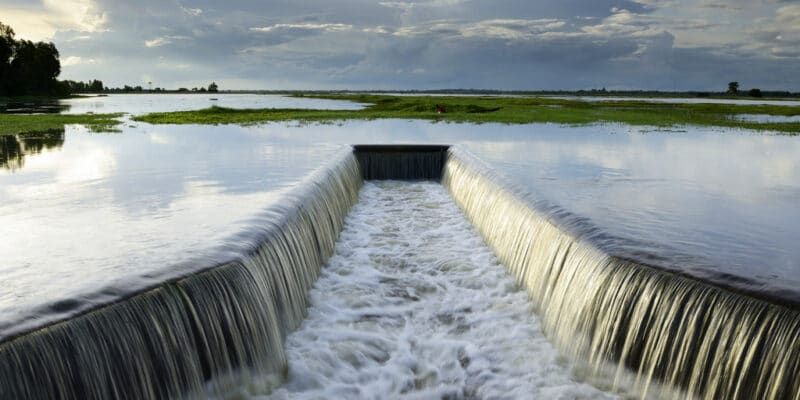 Morocco's 2020-2027 Priority Programme for Drinking Water Supply and Irrigation becomes a reality. On February 9th, 2021, the Moroccan Minister of Public Works, Transport, Logistics and Water, Abdelkader Amara announced the launch of the construction works for the five water reservoirs.

Oued Lakhdar (province of Azilal), Taghzirt (province of Beni-Mellal), Tamri (Agadir Ida-Outanane division) and Alkhankro (Figuig) will be the first cities to benefit from Morocco’s 2020-2027 priority drinking water supply and irrigation programme. The five future dams will have a storage capacity of 525 million m3. This phase of the programme will require an investment of 4.8 billion Moroccan dirhams, i.e. more than 537 million dollars.

The authorities of the Cherifian kingdom aim to build 15 other dams after those of Oued Lakhdar, Tamri, Taghzirt and Alkhankro. This will bring the number of water reservoirs in service to 20 by 2027. All the installations will increase the capacity of the dams of the North African kingdom from 18 billion to 27 billion m3. The water reservoirs will be replenished, for the most part, with rainwater.

The Moroccan government also wants to exploit non-conventional water resources, i.e. from the treatment plants (reuse) and seawater desalination plants that will be built in the coastal areas of Morocco. The second axis of the Priority Programme for Drinking Water Supply and Irrigation 2020-2027 will focus on water valorisation. Measures to reduce water consumption will be implemented mainly in the agricultural sector which depends on irrigation. The Moroccan government will finance the entire programme to the tune of 115 billion Moroccan dirhams (€10.7 billion).