MOROCCO: taxed as polluters, “koutchis” banned from circulation in Casablanca 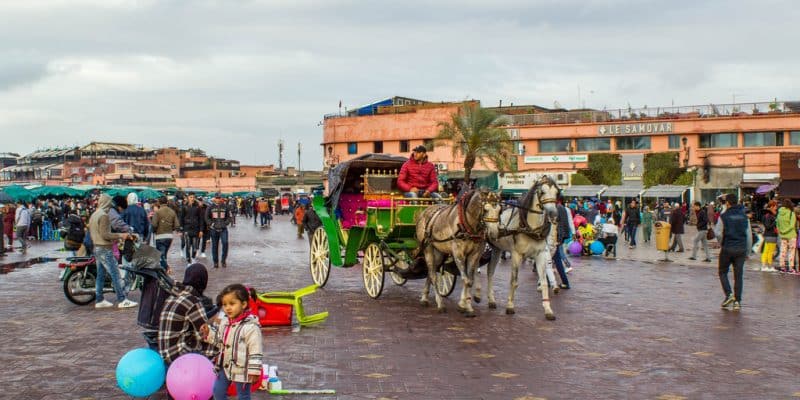 In Morocco, the port city of Casablanca is banning the circulation of "koutchis", two-wheeled cars with sideboards pulled by animals. The initiative will strengthen the sanitation system to improve air quality in the most populous municipality of the Cherifian kingdom.

“We will no longer accept koutchis in the urban perimeter of Casablanca, which must qualify to become a smart city. This decision will facilitate the daily life of the population. In Morocco, this decision by Nabila Rmili, the mayor of Casablanca, puts an end to the era of donkey- or horse-drawn carts for transporting loads.

Indeed, the “koutchis” are increasingly criticized for their environmental impact, because apart from the long distances and the whipping inflicted on the animals, these machines dump household and industrial waste in the middle of the streets that they collect beforehand with the aim of selling them for 5 dirhams, or 0.46 euro. Several poor neighborhoods, such as Hay Hassani, are already paying the price of this notorious insalubrity, which taints the “smart city” vision of the municipality of Casablanca.

The sustainable city at the heart of initiatives

In this context, the Moroccan economic capital, which alone generates 1.2 million tons of household waste per year, is in the middle of strengthening its waste management system. It is within this framework that the local authorities have recently acquired 260 hectares of land in the locality of Médiouna for the treatment of municipal waste. This land will be used for the establishment of a landfill equipped with a waste recovery center for the optimization of collection services and cleanliness.

The project, for which construction work will start by 2023, will be implemented by the local development company (SDL) Casa Baia at a total cost of 4 billion dirhams (nearly 378 million euros). The funds will be mobilized with the support of the Moroccan Ministry of the Interior.

Other Moroccan cities are focusing on the development of green mobility. This is particularly true of the capital Rabat, where the Barid Al Maghrib Post Office recently received 225 electric vehicles for parcel processing. These are Citroën Ami, a kind of two-seater assembled in the plant of Kenitra belonging to the multinational automotive group Stellantis. These vehicles equipped with a lithium-ion battery of 5.5 kWh will contribute to the improvement of air quality in the Moroccan capital and its surroundings.