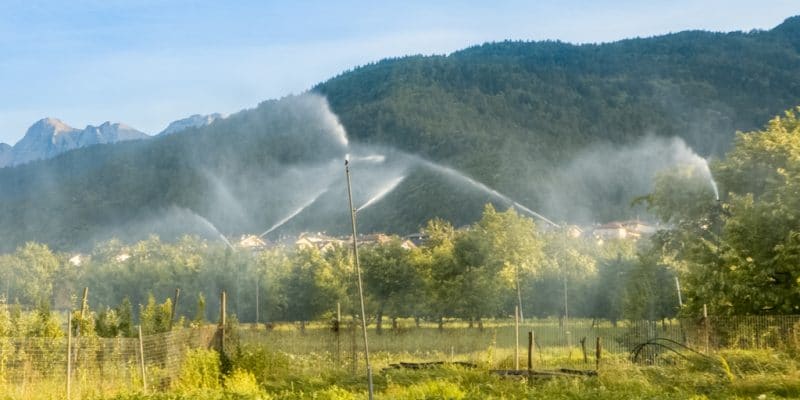 The Spanish company Hidroconta has been appointed by the Regional Office for Agricultural Development of Souss Massa Agadir (ORMVA/SM) to supply hydraulic equipment for the Aoulouz perimeter modernization project in Morocco. The Moroccan consortium Sotradema/Capep will be responsible for the installation.

News on the modernization project of the irrigated perimeter of Aoulouz, a commune of the province of Taroudant, in the Souss-Massa region of Morocco. The company Hidroconta, based in Murcia, Spain, will supply hydraulic equipment to control water consumption in the beneficiary farms. The order was placed by the Regional Office for Agricultural Development of Souss Massa Agadir (ORMVA/SM), which is implementing the irrigation project.

Save 50% of irrigation water

About 250 Hidrowoltmann water meters from Hidroconta will be installed as part of the Aoulouz perimeter modernization project. “This meter is the basic water meter in any installation where accuracy and control of water consumption are essential,” says AgritechMurcia, an agricultural technology platform in the Murcia region of Spain. Irrigation water management is one of the functionalities of this type of high-volume meter. The Spanish company will also supply dismantling reels and Y-filters.

All the equipment will be distributed over 4,486 hectares of plantations, mainly almond and olive trees divided into small areas of 20 hectares. This will facilitate the distribution and control of water pumped into the reservoir of the Aoulouz dam, commissioned in 1990 with a volume of 110 million m3. The ultimate goal is to save 50% of the irrigation water in the Aoulouz perimeter, at a time when demand for water is increasing due to drought.

The irrigation project comes at a time when several other irrigation projects are underway in the Moroccan region. With a semi-arid climate, Souss-Massa also benefits from the Resilience and Sustainability of Irrigation Water (REDI) project, implemented by the Moroccan Ministry of Agriculture, Maritime Fisheries, Rural Development and Water and Forests. The project, announced in January 2022, involves the renovation of the main pumping station (SP1), the rehabilitation of the main canal, the renovation of the distribution networks and the renewal of the irrigation hydrants in the areas not yet equipped. The government hopes to improve the irrigation of a total area of over 18,000 hectares in Souss-Massa.

The Redi will also cover the regions of Tadla and Casablanca-Settat, which have also been affected by the drought. The World Bank will finance all the work in accordance with an agreement signed with the Government of the Cherifian Kingdom.