Homepage » MOROCCO: Rabat and Berlin strengthen their cooperation in the water sector

MOROCCO: Rabat and Berlin strengthen their cooperation in the water sector 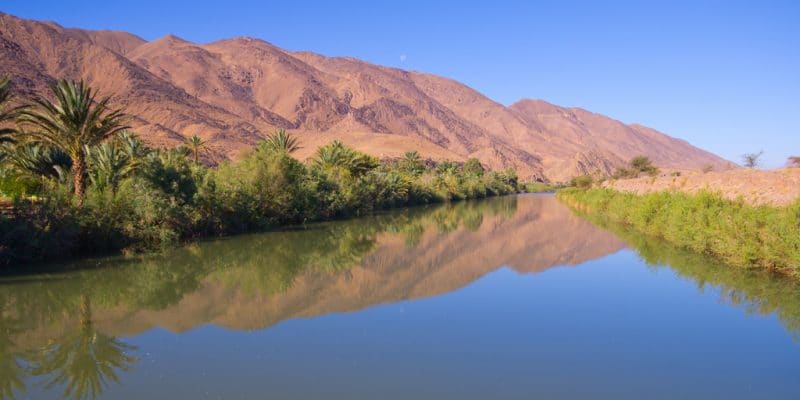 The Moroccan and German governments have signed an agreement for a new cooperation programme in the water sector called "Rural Resilience". It has a budget of €5.6 million and will run until 2023.

Morocco and Germany are working together to implement the programme of Support to Water Resources Management for Poverty Reduction and Resilience Building (Rural Resilience). This new initiative is now the subject of an agreement between the governments of the Kingdom of Morocco and Germany. The two countries have thus agreed to endow this programme with a budget of €5.6 million.

According to Abdelkader Amara, the Moroccan Minister of Public Works, the programme, which will run until 2023, will affect the areas of action of the Tensift, Sebou and Ziz-Guir-Rhéris water basin agencies. The aim of this new programme is to improve the living conditions of rural populations, as well as their resilience in the face of climate change, which is reflected in the increasing water stress in this North African kingdom.

The “Rural Resilience” programme replaces the Integrated Water Resources Management Support Programme (AGIRE) implemented between 2008 and 2020, with a budget of €22.7 million. According to the Moroccan authorities, who are satisfied with this cooperation with Berlin in the water sector, in 12 years, “AGIRE” has made it possible to provide the water basin agencies of the Tensift, Souss Massa and Oum Errabiaa with technical assistance for the development of mechanisms, procedures and tools for efficient, integrated and sustainable management of water resources.

The programme implemented jointly by the Deutsche Gesellschaft für Internationale Zusammenarbeit (GIZ) and the Moroccan Ministry of Energy, Mines, Water and the Environment has benefited the populations of the Tensift, Souss-Massa and Oum Er-Rbia catchment basins; several Moroccan universities, Moroccan experts in the water sector, as well as public institutions concerned with water resource management in Morocco.