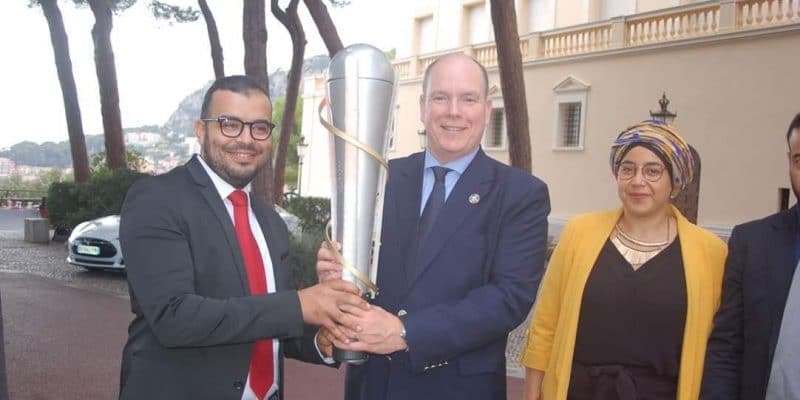 The "Light Us" smart photovoltaic torch, which symbolises the handover between each COP host country, is on its way to Chile where the COP25 will take place from December 2 to 13, 2019. But before reaching Latin America, the stops planned in two Moroccan cities will raise awareness of global warming.

It’s like an introduction to the subject. The caravan of electric cars carrying the “Light Us” photovoltaic torch will briefly deploy in its native country before reaching the next host country of the Conference of the Parties to the UN Climate Convention (COP). In Tangier (northern Morocco) on the 3rd of October 2019, then in Casablanca (central-western Morocco) from the 11th to the 12th of October 2019, the crew of about thirty people will promote sustainable mobility among public and private companies (electric vehicles and public transport means).

“We are pleased to receive for a second time the “Light US” torch, a concrete initiative that helps to fight global warming. The port remains mobilised to participate in these initiatives,” said Mohamed Ouanaya, CEO of the Tangier City Port Management Corporation (SGPTV). A port platform that has confirmed its commitment to renewable energies by installing 2254 solar panels with a production capacity of 1027 megawatt hours per year (MWh/year) in September 2019.

“Light US” will join Chile on board a sailing boat

After the Morocco stopover, the “Light US” photovoltaic torch will board a sailing boat, the “Regina Maris”, which will call around November 15, 2019 at the port of Rio de Janeiro in Brazil, before the final destination in Chile. Once off the Chilean coast, a caravan of 17 electric cars will transport the “Light US” torch to Santiago, the capital of Chile, where the COP25 will take place from the 2nd to the 13th of December 2019. The crew of the “Regina Maris”, made up of volunteers of various nationalities (Moroccans, Austrians, French, Swiss, Belgians, Germans, English, Finns…), aims during its journey to promote the sustainable alternative and to raise awareness about the threats facing the oceans.

“Light Us” is the first project carried out by the Moroccan Association of Intelligence and Public Affairs (Mipai). Like the Olympic Flame, “Light Us” is a transition from one COP country to another. Since 2016, this torch has become the symbol of the Conferences of the Parties to the UN Climate Convention. The first transfer between COP21 and COP22 in 2016 was a major event. A total of 24 people travelled through France, Spain and Morocco in about ten Tesla cars.

MADAGASCAR: the Ambatolampy solar power plant (20 MWp) refinanced to the tune of €16.2M

AFRICA: Scatec Solar diversifies into green energy with the acquisition of SN Power

NIGERIA: Eos strengthens its partnership with Nayo for electricity storage