MOROCCO: Ozone group acquires equipment for the collection of household waste in Fez 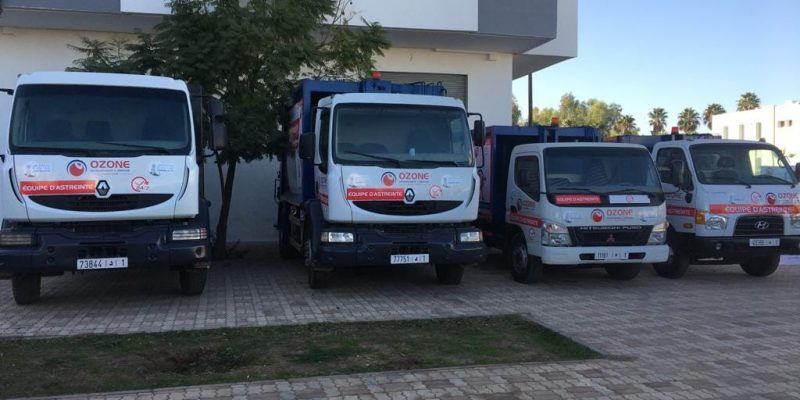 The Moroccan group Ozone Environnement & Services has just acquired new equipment to fight insalubrity and the proliferation of household waste in the municipality of Fez in Morocco. The new equipment has been operational since February 2, 2022.

Improving waste collection in the municipality of Fez in Morocco. This is the objective that the Moroccan group Ozone Environnement & Services has set itself with the acquisition of new equipment. The lot consists of four dump trucks for household waste, about twenty electric tricycles, a dozen electric three-wheelers, garbage bins and carts. 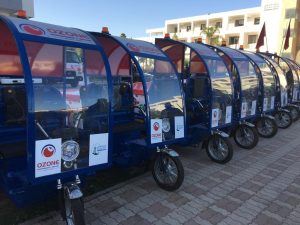 Ozone Environnement & Services has invested more than 6 million Moroccan dirhams (more than 563,000 euros) for this operation. “An investment not included in the existing contract between the city of Fez and the Ozone group, worth 150 million dirhams, or nearly 14.1 million euros,” says Aziz El Badraoui, CEO of the Ozone group.

Reducing the carbon footprint in Fez

In addition to increasing its operational efficiency, Ozone Environnement & Services’ decision to invest in electric vehicles aims to reduce its carbon footprint in the city of Fez, where it has been managing the household waste of more than 1.2 million inhabitants since 2012. The combustion of fossil fuels (gas, coal, oil) emits various pollutants, including carbon dioxide (CO2), which is responsible for global warming.

In Morocco, the Ozone group is responsible for the collection of household waste in eight other municipalities and eleven cities, including the capital Rabat and Laâyoune in Western Sahara. Ozone is also investing in waste recycling. A center located near Fez, in the northwest of the Cherifian kingdom, has been recycling between 300 and 600 tons of household waste every day since November 2018. The recycling project was carried out as part of the National Household Waste Program (PNDM).

Completed in 2020, the PNDM has also enabled the realization of several landfill and waste recovery centers for the benefit of urban centers, the rehabilitation and/or closure of existing landfills in Morocco, the modernization of the waste sector through the professionalization of the sector, etc. The program was supported by the World Bank.