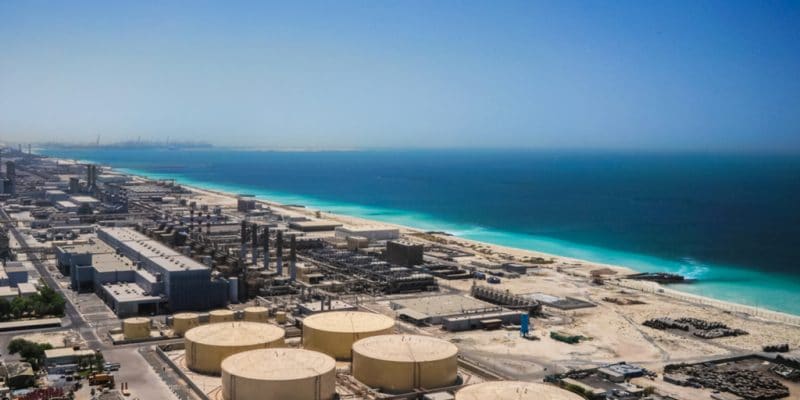 The Office national de l’Electricité et de l’Eau potable (ONEE) will kick off the “drinking water” component of the project on November 6, 2021. According to its specifications, the public company will build new hydraulic facilities near the border post of El Guerguerat, located in the south of the Moroccan-ruled territory of Western Sahara. ONEE wants to build a water reservoir and a seawater desalination plant with a capacity of 423 m3 per day. An elevated reservoir will also be built in El Guerguerat. This facility will be able to store 200 m3 of water.

ONEE estimates that this work will cost 24 million dirhams, about 2.3 million euros. Expenses that the public company will share with the Agency for the Promotion of Economic and Social Development of the Southern Provinces of Morocco (APDS), 4 million (382,500 euros) and 20 million Moroccan dirhams (1.9 million euros) respectively. The project aims to improve the water supply to the border post of El Guerguerat. Access to electricity is also a problem.

The second component of the “El Guerguerat border post electrification and drinking water supply project” will connect this locality to the electricity network of the Bir Gandouz center in the Dakhla-Oued Ed Dahab region, for an amount of 77 million Moroccan dirhams, or nearly 7.4 million euros. ONEE will co-finance this work with the Regional Council, the General Directorate of Local Authorities and the APDS.

Work will start in October 2022. ONEE will also carry out technical studies for the connection of the centers of Bir Gandouz and El Guerguerat to the national grid of very high voltage. “We have also launched the work of connecting the fishing village of Lamhriz to the electricity network of Bir Gandouz. This center will benefit from another project related to the development of public lighting. And in the center of Aousserd, it is planned to hybridize the existing diesel power plant by a solar power plant with storage system, “said Abderrahim El Hafidi, the director general of ONEE.

For all the work, it will be necessary to invest 300 million Moroccan dirhams, about 30 million euros for access to water and electricity in El Guerguerat and Bir Gandouz.