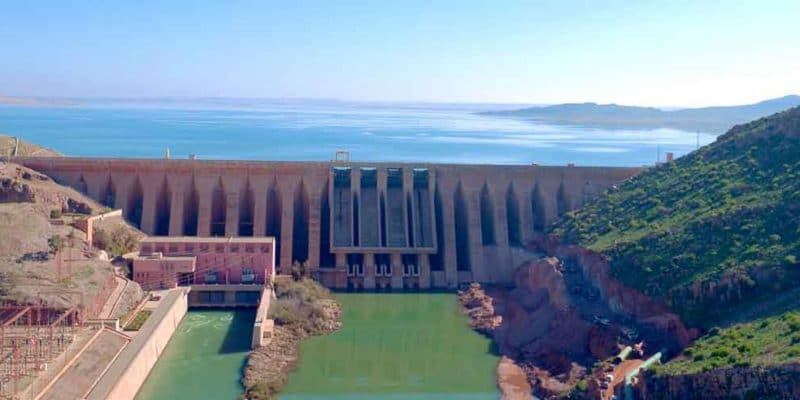 In Morocco, the authorities are making progress in implementing the National Drinking Water Supply and Irrigation Programme 2020-2027 (PNAEPI). On 27 March 2022, the Office national de l’électricité et de l’eau (ONEE) commissioned new drinking water facilities in the city of Marrakech in the centre of the Kingdom of Morocco. It is a water intake from the reservoir of the Al Massira dam on the Oum Er-Rbia river, in the province of Settat.

The installation is connected to a de-sludging station and three pumping stations with a combined power of 27 MVA. The raw water is treated in a plant with a capacity of 216,000 m3 per day.

Securing the water supply until 2040

The drinking water is stored in seven reservoirs with a total capacity of 93,000 m3 before being distributed via a network of approximately 125 km (varying between 1,300 and 2,000 millimetres). “The project also includes the construction of a 225/22 KV 40 MVA transformer station and approximately 28 km of EHV/MV power lines to supply all the facilities,” says ONEE.

The aim is to secure drinking water supplies for 2.7 million people in Marrakech by 2040. The project also benefits the surrounding towns of Skhour Rehamna, Ben Guerir, Sidi Bou Othmane, Tamensourt, as well as the villages located on the Skhour Rehamna-Marrakech axis.

The entire project cost 2.5 billion Moroccan dirhams, or nearly 236 million euros. The Moroccan government received financial support from the African Development Bank (AfDB). In addition to the city of Marrakech, the National Programme for Drinking Water Supply and Irrigation 2020-2027 is also being implemented in Taroudant. In this city in the Souss-Massa region, the programme has enabled the construction of a drinking water plant with a capacity of 17,280 m3 per day.

The programme will also allow for the construction of large dams with an expected capacity of 27.3 billion m3 and three seawater desalination plants, the modernisation of irrigation networks and the collective conversion to localised irrigation, and the realisation of the hydro-agricultural development of irrigated areas. The Moroccan government is also banking on the reuse of treated wastewater. It will be necessary to invest 115.4 billion Moroccan dirhams, about 11 billion euros, to carry out this programme.