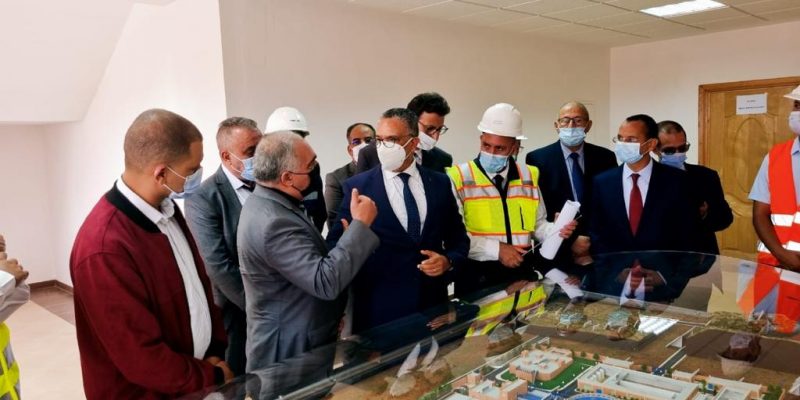 The Office national de l'électricité et de l'eau potable (ONEE) is completing tests on the new water treatment plant in Taroudant, in the Sous valley in south-eastern Morocco. The plant is part of a series of drinking water facilities being built in the city to improve water supply to the population.

Morocco continues to implement the National Program for Drinking Water Supply and Irrigation 2020-2027 (PNAEPI). In Taroudant, a city in the Souss-Massa region, the Office national de l’électricité et de l’eau potable (ONEE) has completed construction of a drinking water supply system. It includes a plant that treats water from the reservoir of the Aoulouz dam (110 million m3), located on the Oued Souss whose watershed covers nearly 16,000 km2.

According to ONEE, the plant located in Taroudant has a capacity of 17,280 m3 per day. Drinking water is transported by a linear pipe over nearly 80 km. The pipe has a diameter of between 500 and 900 mm and is equipped with three load breakers. A 3,000 m3 reservoir is used to store drinking water for distribution. A remote management system has been installed for the entire drinking water network.

The project required an investment of 250 million Moroccan dirhams, or nearly 23.7 million euros. The director general of ONEE, Abderrahim EL Hafidi said during the inspection of the facilities on October 13th, 2021 that the project will enter into service before the end of this month. This work aims to improve the supply of drinking water in Taroudant. “Currently, the city is supplied from underground resources that have experienced in recent years a significant decline leading to a deficit that has reached 20%, “says ONEE.

To mitigate the effects of water stress in Morocco, the National Program for Drinking Water Supply and Irrigation 2020-2027 will also focus on the construction of large dams with an expected capacity of 27.3 billion m3 and three seawater desalination plants, the modernization of irrigation networks and collective conversion to localized irrigation and the realization of hydro-agricultural development of irrigated areas. The Moroccan government is also banking on the reuse of treated wastewater. It will cost 115.4 billion Moroccan dirhams, about 11 billion euros, to cover all the expenses of this program.