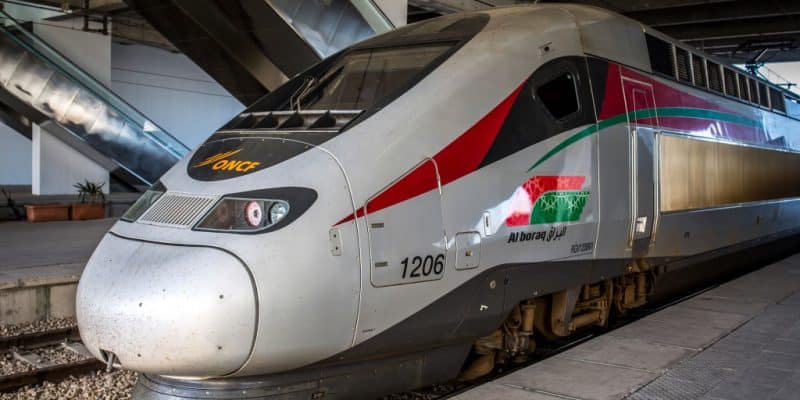 The National Railways Office (ONCF) is issuing the first green infrastructure bond in Morocco. The proceeds of this transaction will be used to finance the debt incurred for an electrified high-speed train line project.

The green bond market is developing in Morocco. The National Railways Office (ONCF) has just issued a green bond on the infrastructure capital market. This is a first in the Cherifian kingdom. The green bond, worth one billion dirhams (the equivalent of 95.4 million euros), was subscribed by several national investors.

Internationally, the European Bank for Reconstruction and Development (EBRD) subscribed to this operation with an investment of 200 million dirhams, equivalent to 19.2 million euros. ONCF was accompanied in this operation by CDG Capital, a bank based in Rabat, Morocco. This bond “will be aligned with the low carbon land transport criteria of the Climate Bonds Standard, verified by a second party and certified by the Climate Bonds Standard Board. It will also benefit from a guarantee from the state-owned provider Tamwilcom,” the EBRD said.

ONCF will use the proceeds of this operation to refinance the debt contracted for the construction of Morocco’s first high-speed line with a maximum speed of 320 km/h. The train, called Al Boraq, links Tangier and Casablanca, with stations in Larache, Kenitra and Rabat. The electrified high-speed passenger rail line reduces travel time between the major economic centres of Tangier and Casablanca.

Read also- MOROCCO: the EBRD and the CTF finance the extension of the Nassim Koudia Al Baida wind farm

According to the EBRD, the line “promotes a modal shift from more carbon-intensive alternatives (road and air transport) to more environmentally friendly electrified rail transport, and will allow for greater economic integration of these two key cities, supporting private sector development and economic growth. This is one of the reasons why ONCF is implementing a project to build the second line to connect the cities of Marrakech and Agadir.

The support of several development partners

The Moroccan railway operator has formed a joint venture with the French national railway company (SNCF) to provide maintenance for the trains over a 15-year period. The French operator is familiar with the technology of Alstom, which supplied the trains for the high-speed line.