Homepage » MOROCCO: OCP to rely 100% on non-conventional water resources in 2030

MOROCCO: OCP to rely 100% on non-conventional water resources in 2030 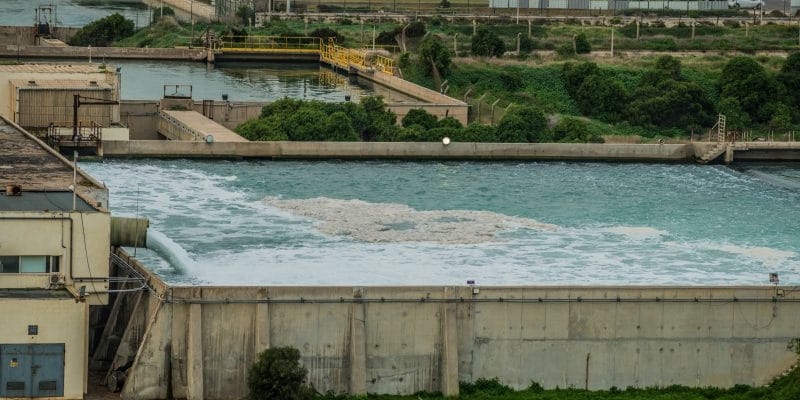 The strategy of the Office Chérifien des phosphates (OCP) is ambitious. The group that exploits phosphate in western Morocco aims to turn away entirely from conventional water resources by 2030. However, the construction of new desalination and wastewater treatment infrastructures is necessary to meet this challenge. Currently, 31% of the water used by OCP comes from desalination and wastewater treatment.

The strategy of the Office Chérifien des phosphates (OCP) to face water stress is known. The fertiliser producer and exporter plans to increase its rate of water use from non-conventional sources to 100% by 2030, compared to 31% at present. OCP unveiled its strategy on 10 June 2021, during a webinar organised by the Moroccan Coalition for Water (Coalma).

According to OCP, 28% of non-conventional water will come from wastewater treatment plants and 72% from seawater desalination. This should meet the group’s annual water needs, which will reach 160 million m3 in 2030.

To achieve its objectives, OCP is implementing several hydraulic projects in Morocco, including the project to extend the Jorf Lasfar seawater desalination plant. When it is reopened, the plant will have a capacity of 40 million m3 per year, compared to the current 25 million m3. In Laayoune, a new plant of the same nature is planned for 2022 to meet the water needs of the OCP site in Phosboucraa, Western Sahara, a North African territory under Moroccan rule.

As for the reuse of wastewater, the OCP Group is financing the construction of a wastewater treatment plant in the Moroccan city of Safi. The treated wastewater will be reused in its phosphate processing plants; a mineral used to make fertiliser for agriculture. According to the OCP Group, the project will allow the reuse of 8 million m3 of water per year. The Safi plant will support the three existing plants in the cities of Khouribga, Benguerir and Youssoufia. The construction of other wastewater treatment plants is planned in the North African country.

These various projects are part of OCP’s “Circular Economy Programme”. In addition to water supply, the initiative will save and preserve surface water resources. These water reserves constitute havens for local fauna and flora, and then end up evaporating or flowing into the groundwater, thus recharging the water tables.

The OCP Group also plans to achieve carbon neutrality by 2040 through the use of renewable energy sources and reforestation. To be continued…