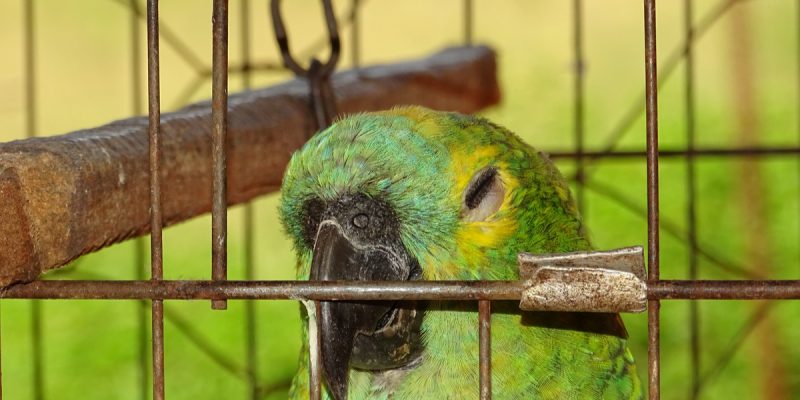 A joint operation by Moroccan and Spanish police led to the arrest of 28 people suspected of trafficking in endangered wild birds. About 300 exotic birds exported from southern Spain to North Africa were seized. The announcement was made on July 19, 2020 by the Spanish Civil Guard, which opened an "Oratrix" investigation aimed at combating the destruction of biodiversity.

The Spanish police in collaboration with the Moroccan police made 28 arrests in the context of dismantling a network of traffickers in wild birds. In the course of the hunt, the police seized 280 endangered exotic birds, including macaws, parrots and cockatoos. Police also seized a shipment of 400 marijuana plants (a recreational drug also known as cannabis, editor’s note).

The confiscation took place in southern Spain in the cities of Malaga, Murcia, Grenada, Alicante and Asturias. Hidden inside travel buses, the birds were intended to be sold in North Africa, specifically in Morocco, where the member of the network responsible for falsifying import documents was located.

One of the few wildlife traffickers destined for Africa

Usually many wildlife species leave Africa for the rest of the world. But in this case, we are witnessing one of the few wildlife trafficking operations with the continent as its destination. A lucrative trade that brings hundreds of thousands of euros every year on the black market. For example, the environmental protection service of the Spanish Civil Guard, which carried out the investigation, estimates the value of the seized birds at more than one million euros (4.2 million dirhams).

Called “Oratrix”, the operation carried out by the Environmental Protection Service of the Spanish Civil Guard is part of the measures to combat environmental crime. The last operation of this kind involving African traffickers took place at the end of June 2020. Thirty-four people had been arrested in Spain for attempting to fraudulently export 2,500 tonnes of electronic waste to eight African countries, including Nigeria.