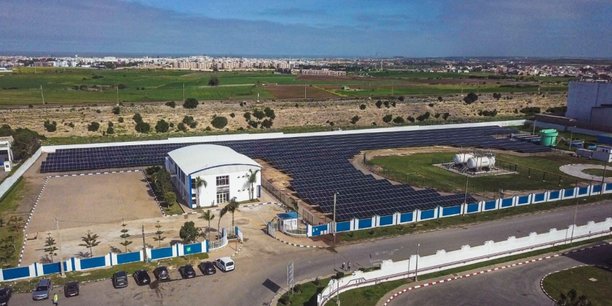 The Moroccan subsidiary of the Swiss multinational Nestlé has just commissioned a photovoltaic solar power plant to supply its El Jadida factory. The installation was built by the French company Qair, which specialises in renewable energies.

Reducing the environmental impact of its El Jadida facilities. This is one of the objectives of a solar energy project that the Moroccan subsidiary of the Swiss multinational Nestlé has just completed. This was in the context of a partnership with Qair, a renewable energy supplier based in Montpellier, France. The photovoltaic solar power plant that has just come into service in the Nestlé factory in El Jadida consists of 2,600 solar panels installed on a 7,000 m2 area.

The installation, which cost 12 million Moroccan dirhams (more than 1 million euros), is capable of supplying 1.7 GWh of electricity per year to the Nestlé factory; enough to reduce the environmental impact of the installation. Moreover, the multinational estimates that the new solar farm will enable it to avoid the emission of 1,000 tonnes of CO2 per year. The food supplier sees this clean energy project as part of Nestlé’s strategy to halve CO2 emissions from its facilities by 2030, and to reach the goal of zero emissions by 2050.

Through this project, Nestlé is contributing to the Moroccan government’s policy to diversify the kingdom’s electricity mix with renewable energies such as solar and wind power.

But beyond the environmental considerations, the new solar power plant will also make it possible to make savings on the electricity bills of the factory that manufactures Nido and Nescafé brand products. The implementation of this clean energy project comes at a time when companies are keen to reduce their dependence on national electricity grids. This practice is more common in sub-Saharan Africa where electricity utilities are still failing.