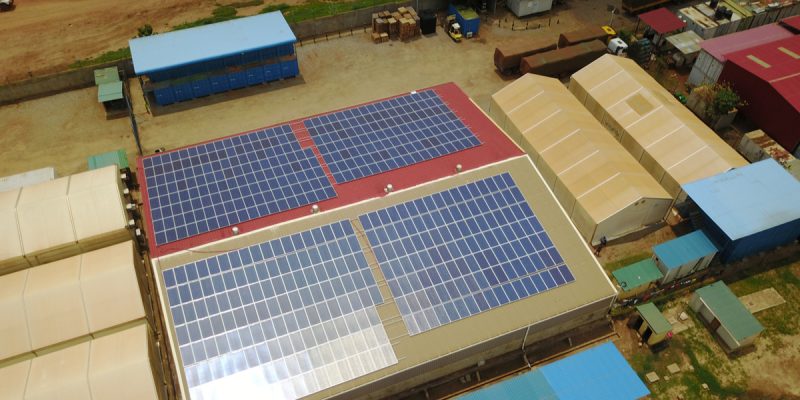 The national leader in the sector of professional furniture and workspace design, Maroc Bureau switches to solar energy and installs photovoltaic solar panels on the rooftops of its factories. The operation will cover an area of 9,820 m², enabling the office furniture specialist to produce nearly 800 kilowatts of solar energy per hour, i.e. 70% of its electricity consumption. A model for post-Covid-19 action, in line with the WWF's call for action.

The coincidence is beautiful. It is as if the company Maroc Bureau, which specializes in the manufacture of office furniture and workspace design, had been the first to respond favourably to the appeal from the World Wide Fund for Nature (WWF). In its press release issued on May 20, 2020, the NGO office in North Africa urged public and private sector actors to prioritize clean or carbon-neutral investments in the post-Covid-19 period. The objective is to maintain the drop in greenhouse gas emissions (from 30% to 35%) caused by the reduction in road traffic during the three-month containment period.

It is in this context that the company Maroc Bureau is already making the final adjustments to the solar power plant that it has just had installed on the roof of its factory in Casablanca, in western Morocco. Solar panels will also be installed on the rooftop of its second factory in Rabat. Overall, the surface area that will be exploited in the two Maroc Bureau factories is 9,820 m². The total power of the plants is expected to be around 800 kilowatts per hour, which will meet 70% of the plants’ electricity consumption.

The solarisation project of Maroc Bureau’s factories amounts to 8 million Moroccan dirhams, i.e. about 735,000 euros. An investment that the company intends to make profitable both ecologically and economically: “through this virtuous approach, we want to contribute to the preservation of the environment, but also to reduce our energy bills,” said Abderrahmane Salhi, the managing director of Maroc Bureau.