Homepage » MOROCCO: Laâyoune desalination plant to provide drinking water before the end of 2021

MOROCCO: Laâyoune desalination plant to provide drinking water before the end of 2021 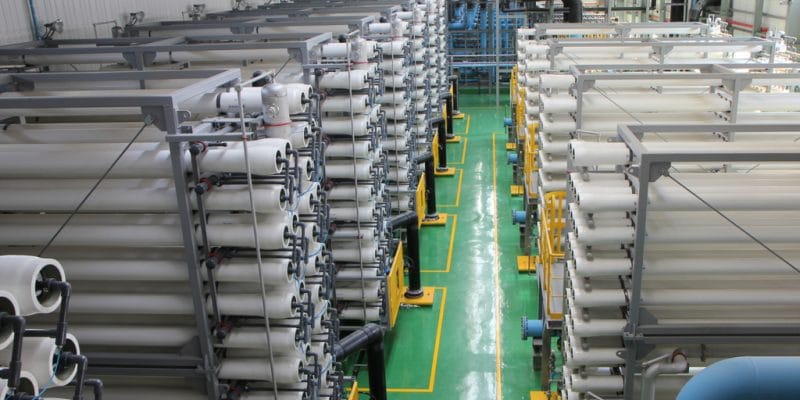 The Office national de l'électricité et de l'eau potable (Onee) has just set a new deadline for the delivery of the seawater desalination plant in Laâyoune, Western Sahara. The plant will finally be commissioned by the end of 2021.

The inhabitants of the city of Laâyoune, Western Sahara, will have to wait a few more months before they can benefit from drinking water from the new seawater desalination plant. On August 9th, 2021, the director general of the National Office of Electricity and Drinking Water (Onee), Abderrahim El Hafidi, announced a new deadline for the commissioning of the plant. Before the end of 2021, the plant will supply 26,000 m3 of drinking water daily to the population of Laâyoune. The previous deadline was June 2021.

To supply the new seawater desalination plant, Onee is drilling coastal wells in Laâyoune, the capital of Western Sahara, a North African territory under Moroccan rule. The desalination plant will be equipped with three storage tanks with a total capacity of 5,500 m3.

The Moroccan government has released 370 million Moroccan dirhams (approximately 35.1 million euros) for the construction of the Laâyoune seawater desalination plant. The project aims to improve the supply of drinking water, in a context marked by high water stress which is drying up the water table. In Laâyoune, the exploitation of non-conventional resources will make it possible to increase the production capacity of drinking water to 60,000 m3 per day. According to Onee, the town of El Marsa and the centres of Foum El Oued and Tarouma will also benefit from drinking water from the desalination plant until 2035.

In Morocco, the exploitation of conventional water resources is an alternative solution recommended to mitigate the effects of climate change. In addition to the desalination of sea water, notably through plants such as the one in Agadir, the Cherifian Kingdom is also banking on the reuse of wastewater to meet the demand for water in the agricultural sector. Several projects are underway, including the industrial wastewater treatment plant in Bouznika, in the Casablanca-Settat region.