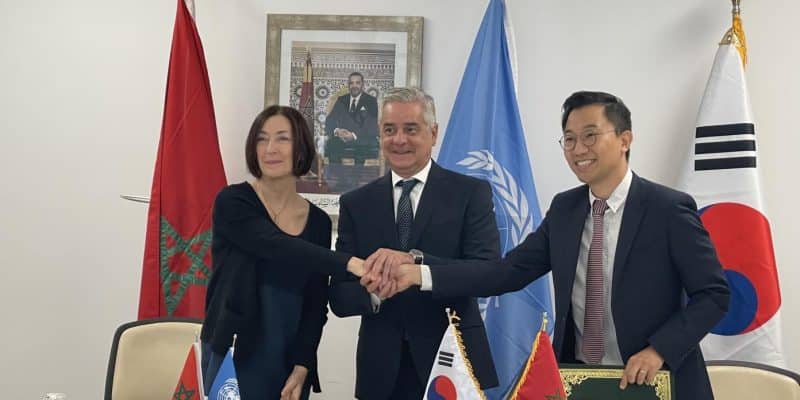 In Morocco, the Korea International Cooperation Agency (Koïca) is providing financial support for the "Capacity Building of Local Authorities in Energy Efficiency" project. The initiative aims to optimise energy consumption at the local level.

The Moroccan Agency for Energy Efficiency (AMEE) is starting the implementation of the “Capacity Building of Local Authorities in Energy Efficiency” project. The initiative, funded by the Korea International Cooperation Agency (Koïca), also benefits from technical support from the United Nations Development Programme (UNDP).

The agreement between the three agencies was signed recently by Yongwoo Jeong, Koïca’s resident representative in Morocco, Saïd Mouline, Amee’s director general and Martine Therer, UNDP’s deputy resident representative in the Kingdom. “The aim is to support national efforts and commitments to mitigate the effects of climate change with a view to an inclusive economic and energy transition in Morocco, in line with the United Nations Sustainable Development Goals (SDGs),” says UNDP.

Energy efficiency is one of the five pillars of the transition to a green economy in Morocco. This transition includes the emergence of green industrial ecosystems based on the optimisation of resources, as well as the adoption of sustainable modes of transport to reduce carbon dioxide (CO2) emissions.

As part of this strategy, Morocco signed in October 2022 a “Green Partnership” with the European Union (EU) for the development of electric mobility and renewable energies (biomass, green hydrogen, desalination and marine energy) in the Kingdom. This partnership will also contribute to the implementation of the Paris Agreement (COP21) on climate through which Morocco plans to reduce its greenhouse gas (GHG) emissions by 45.5% by 2030.

In the meantime, some Moroccan municipalities are working to promote energy efficiency in the management of public facilities. This is particularly the case in the city of Chefchaouen, located 252 km from the capital Rabat. The authorities of this town recently obtained support from the United Nations Capital Development Fund (UNCDF) to finance a green public lighting project. This will involve replacing the current system of electrical cabinets, streetlights and cables with LED (light-emitting diode) lamps that consume very little energy.