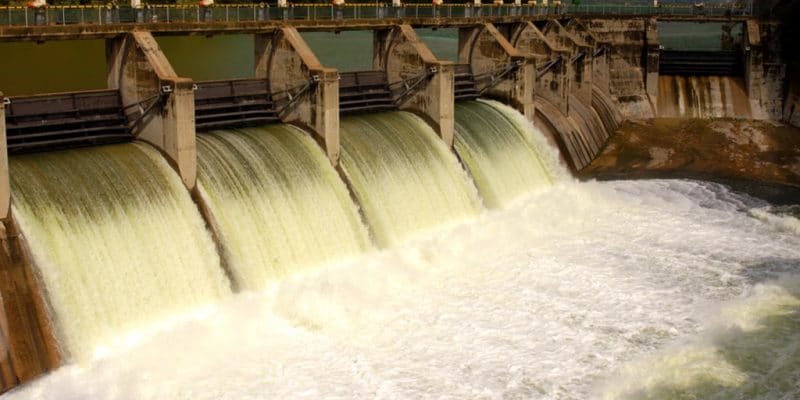 A series of projects in the hydraulic sector have been inaugurated by the King of Morocco, Mohammed VI. These include the Moulay Abderrahmane dam, the hydro-agricultural development project for the "Ksoub" perimeter, which is located downstream of the dam, and a water treatment plant for the new dam. All these infrastructures will improve water supply in the beneficiary regions, especially for farmers.

A wind of change is blowing over the hydraulic sector in southern Morocco. Several projects have recently been inaugurated in the country. The Moulay Abderrahmane dam, which officially came into service on Thursday, January 16, is the centrepiece. It was inaugurated in the province of Essaouira, 460 kilometres south of Rabat. It has a storage capacity of 65 million m3. Its construction cost 920 million dirhams, about 87.6 million euros. According to the Moroccan authorities, this dam will make it possible to add value to the products of small farmers while improving their yields. The infrastructure will make it possible to irrigate nearly 1 300 hectares of farmland belonging to more than 1 200 farmers. Farmers will even be able to organise themselves into federations or associations of irrigation water operators to improve yields.
This project has been complemented by another, the hydro-agricultural development of the “Ksoub” perimeter, located downstream of the dam. For the development of this area, the installation of a main supply channel of 12 km is planned as well as the construction of a secondary and tertiary irrigation network of 48 km, as well as the realisation of collective and individual points of water intakes and the installation of treatment plants. A comprehensive management project that will be sealed by technical support to farmers. The latter will ensure the improvement of working conditions for farmers in the region, particularly in the communes of Ida Ougerd, Sidi El Jazouli and Ounagha. It will also make it possible to use the irrigation water produced by the dam. The dam and related projects will improve access to drinking water in the town of Essaouira and neighbouring areas and increase local agricultural production.
At the same time, drinking water projects are also envisaged, including the construction of a water treatment plant for the Moulay Abderrahmane dam, the laying of water supply pipes and a project to improve access to drinking water in rural areas.

The achievements are part of the National Drinking Water Supply and Irrigation Programme 2020-2027. It was devised by the Moroccan government with the aim of diversifying the country’s drinking water supply sources, on the one hand, and meeting the ever-increasing demand for this precious liquid on the other. It also makes it possible to ensure water security and the fight against climate change, at a time when Morocco is on the top list of countries in the world most threatened by water stress. This may justify the flowering of projects in this sector. Besides, a programme to strengthen and secure the drinking water supply for the urban and rural population of Essaouira Province is underway. It will ultimately make it possible to supply at least 258 000 Moroccans in this region by 2030.