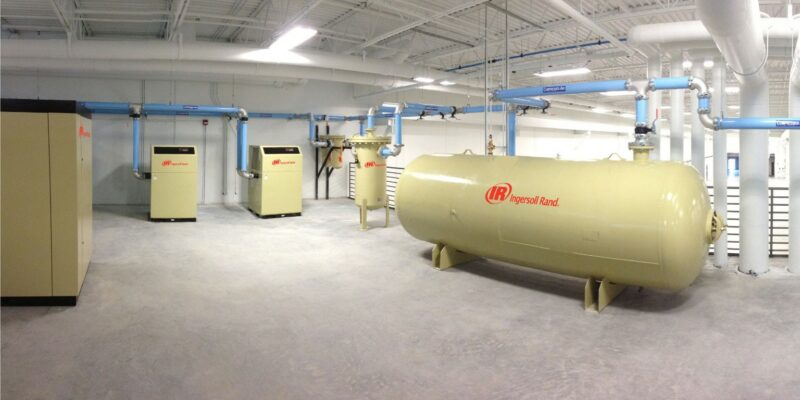 The Irish company Ingersoll Rand's Engineering Project Solutions has been chosen by Abengoa to install a compressed air system for the desalination plant in Chtouka. The plant is currently being built by Aman El Baraka, a subsidiary of Abengoa.

News on the Chtouka desalination water supply project. The Spanish company Abengoa, which is developing the project via its Moroccan subsidiary Aman El Baraka, has chosen Ingersoll Rand’s Engineering Project Solutions to install a compressed air system in the desalination plant. This system will be integrated into the industrial process of the installation, including the seawater intake, the discharge of salt into the sea, the storage of drinking water in the tanks, and the cleaning of these tanks.

Ingersoll was chosen for its CompAir technology, which will also power the station’s pneumatic equipment, valves and some electrical controls. The Chtouka plant will be one of the largest in Morocco, and even in the Maghreb, with a capacity of 270,000 cubic metres per day, which can be extended to 450,000 cubic metres.

The commissioning of the installations in March 2021

As part of the Chtouka desalination project, two intakes in the ocean will bring seawater to the catchment basin, from where it will be pumped, after pre-treatment, to the desalination plant. Aman El Baraka is also building drinking water storage tanks, five pumping stations, 22 km of pipelines and a 490 km distribution network.

The facility, which will come into service in March 2021, will supply part of its production, i.e. 150,000 m3 per day, to the drinking water supply system of at least 2.3 million people in Greater Agadir. The other part of the production will be used to irrigate 15,000 hectares of plantations in the Chtouka Ait Baha valley. With a global cost estimated at 3.8 billion Moroccan dirhams (more than 345 million euros), this project represents an alternative to the overexploitation of the Souss-Massa water table.