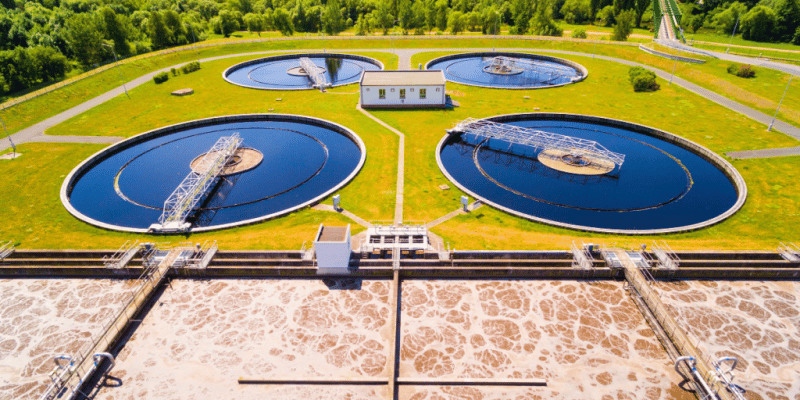 The Moroccan government is launching the construction of a new wastewater treatment plant. The plant under construction at the Hassan II Agronomic and Veterinary Institute (IAV) in the Moroccan capital Rabat will provide water for watering green spaces.

In the midst of Morocco’s water crisis, the Institut agronomique et vétérinaire (IAV) Hassan II in Morocco is turning to the reuse of treated wastewater. The Moroccan Minister of Agriculture, Maritime Fishing, Rural Development and Water and Forests, Mohamed Sadiki, has just launched the construction of a wastewater treatment plant at the IAV Hassan II in the capital Rabat. This was on the sidelines of the ceremony marking the start of the 2022-2023 academic year for students in the first preparatory year for higher studies in agriculture (APESA). The treated wastewater will be reused for watering the green spaces of the IAV Hassan II, covering 12 hectares.

In addition to improving sanitation, the project will strengthen the autonomy of the IAV Hassan II in terms of water supply, at a time when Morocco is experiencing water stress caused by drought. According to the Moroccan Ministry of Agriculture, the climate phenomenon is expected to gradually intensify across the Kingdom of Morocco until 2050 due to a decrease in rainfall (-11%) and an increase in temperature (+1.3°C).

The Moroccan government and the IAV Hassan II will co-finance the work according to a partnership agreement signed on the sidelines of the launch of the construction work on the treatment plant. The cost of the project is estimated at 10.2 million Moroccan dirhams, the equivalent of 948,000 euros.

A laboratory will be built near the wastewater treatment plant for initial and continuing training, research-innovation-development on effluent treatment processes. The platform will also be a demonstration site for the various actors involved in water and sanitation issues in Morocco.