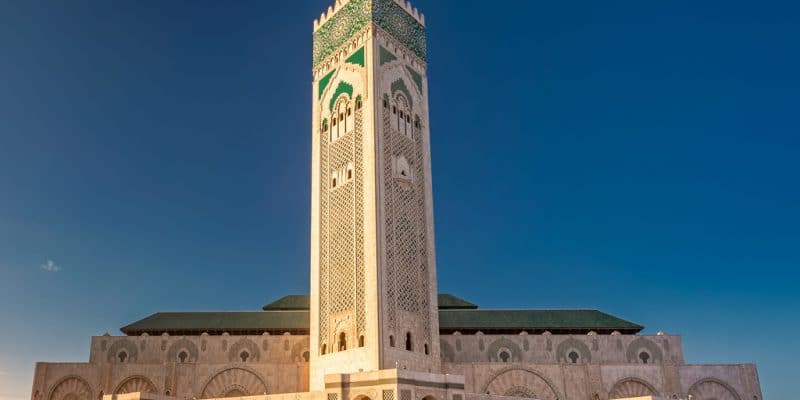 Following a call for expressions of interest launched in 2016, the Hassan-II Mosque in Morocco is about to implement an energy efficiency and renewable energy solution. The objective of this initiative is to reduce the institution's water and electricity consumption in order to reduce the risks associated with climate change.

The Hassan-II Mosque, a jewel of the city of Casablanca, Morocco, is undertaking a series of works to make its operation more environmentally friendly, particularly with regard to the consumption of electrical energy. The project is based on an initiative by mosque officials in collaboration with the Energy Investment Corporation (EIS) and the German International Development Cooperation Agency (GIZ). The implementation is being carried out by Esco C-Nergie, a Canadian company specialising in reducing energy consumption, including the implementation of energy efficiency solutions in an environmentally responsible manner.

In an attempt to make the Hassan-II Mosque more sustainable, renovations will be made to the facility. These will include the installation of photovoltaic solar panels and solar thermal power plants, the reduction of drinking water consumption, the conversion of lighting and the installation of a centralised technical management system. This last mechanism will facilitate the control of various installed equipment and control doors. An energy performance contract was signed on September 25, 2019 to implement this series of measures. The costs associated with this work will be fully reimbursed through the savings achieved over a decade.

To make this measure concrete, a subsidiary of C-Nergie has been set up in Morocco. Since then, the company has been working to implement optimal energy efficiency solutions in the lighting of the mosque and its associated buildings. Mechanisms have been installed to enable self-generation of electricity using photovoltaic or concentrated solar thermal energy. This measure reduces the mosque’s energy consumption bill by more than half. The project to renovate the electrical installations of the Hassan-II Mosque was approved in 2016 by the COP22.

The Hassan II Mosque is a large building, covering nearly nine hectares and capable of accommodating 105,000 people. It is one of the largest mosques in the world.