Homepage » Morocco: Government should step up efforts to promote biodiversity

Morocco: Government should step up efforts to promote biodiversity 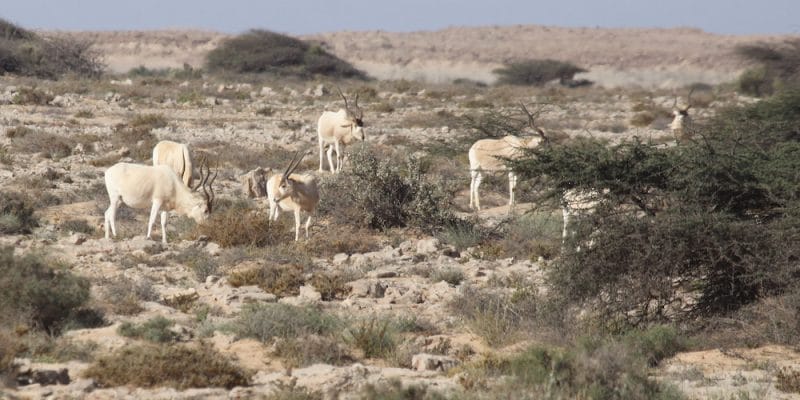 The Aichi biodiversity targets adopted at the Nagoya Conference in October 2010 will not be achieved. The discussions at COP 14 (2019, Sharm el-Sheikh, Egypt) endorsed this observation. In addition, almost nine years after the publication of the fourth edition of the Global Biodiversity Outlook and more than a year before the COP 15 on biodiversity in Kunming (China), IPBES (the Intergovernmental Platform on Biodiversity and Ecosystem Services), a kind of IPCC biodiversity, launched the realistic scenario of a collapse of biodiversity and ecosystem services to humanity, in early May 2019 in Paris.

To inform future debates on the revision of the fourth edition of the Global Biodiversity Outlook (Aichi 2011-2020), each Member State has undertaken a patient task of drafting the 6th National Biodiversity Reports. Out of the 168 Parties that have ratified the Convention on Biological Diversity and are required to carry out this work, about one third have submitted their reports to date. Among them, the Kingdom of Morocco, which ratified the Convention on Biological Diversity (CBD) in 1995, and was one of the very good students this year who made its first (provisional) copy at the very end of 2018.

The work undertaken for the drafting of Morocco’s 6th National Biodiversity Report (6RNB) also reflects a very high local ambition: for example, the launch in February 2019 of the ambitious “Ecosystem Services in Morocco” (SES) strategy by the Secretary of State for Sustainable Development, Mrs Nezha El Ouafi, with the support of German GIZ cooperation. A strategy that will not remain in the form of empty declarations since the first actions to assess and map the Kingdom’s ecosystem services are currently being launched and a draft national framework law aimed at integrating these issues into the Kingdom’s political decisions will be the outcome of the programme.

… to overcome a serious exposure.

The reason for the awakening of Moroccan decision makers is the national territory’s vulnerability to climate change, and more particularly to the threat of desertification. For a country whose agriculture accounts for 14% of GDP and nearly half of all jobs, the stakes are… considerable.

In fact, the prospective study “Morocco 2030”had already demonstrated in 2011 that “in the absence of profound changes in its economic development model, Morocco would continue to suffer an annual destruction of 30,000 hectares of forest”. The authors add that “92% of its national territory is threatened by desertification”. This makes it easier to understand the imperative need to maintain natural ecosystems in Morocco.

Another alarm signal, which raised the alarm among Moroccan decision makers, was the World Bank’s first reporton “Assessing the Economic Cost of Environmental Degradation in Morocco” in 2017.

A better assessment of biodiversity

In this context and with the support of the United Nations Development Programme (UNDP) and the Secretariat of State for Sustainable Development (SEDD), Morocco entrusted Biotope Engineering Biodiversity (BIB), with the drafting of the “6th National Biodiversity Report” (6RNB) in October 2018. BIB is the Moroccan subsidiary of Biotope, an environmental research firm, created 26 years ago by a group of French naturalists.

The report was finalised and published a month ago on the Platform of the Convention on Biological Diversity (CBD). Objective of the study: to evaluate the National Strategy and Action Plan (NBSAP – 2016-2020), especially the 159 measures implemented to achieve the 26 declared national objectives. For each of them, the Biotope team evaluated the progress and results as well as the identification of future needs and constraints, in order to provide suggestions for improvement.

Cyril Barbier, head of BIB and author of 6RNB, reminds that the CBD places great emphasis on “the importance given to stakeholder consultation”. This led to hearing “representatives of the Ministries of Agriculture, Industry, Energy, Spatial Planning, Interior, Education, also scientific institutions, NGOs, civil society representatives…. The final document therefore involves all the stakeholders in society involved in biodiversity issues”. The Moroccan authorities have promoted an original and unique approach, facilitated by the organisation of the National Biodiversity Committee, which brings together all these stakeholders and of which the SEDD is the main coordinator in Morocco.

Key to the report (6RNB): the emphasis on stakeholder consultation. © Xavier Rufray, Biotope

Among the main gaps and needs identified by 6RNB are: the absence of reliable indicators to monitor and evaluate the measures and actions undertaken by the various ministerial departments; the absence of a concerted national programme, allowing the coordination of actions and the integration of biodiversity issues into a broader set of sectoral strategies; the fact that biodiversity is mainly treated as a “secondary” issue and that the efforts made do not respond to the (urgent) problem of biodiversity erosion (in general); but also the lack or absence of an applicable legal framework, in particular to guarantee compliance with standards, and to ensure the protection of certain natural areas and the lack of human, technical and financial resources, to achieve effective actions.

Morocco’s rich biological diversity is remarkable because of its geography. Indeed, the terrain is unique in its configuration, at the intersection between the Mediterranean, the Atlantic Ocean and the Sahara desert, with the presence of mountains, it contains treasures in terms of herpetology (snakes, lizards…) and at the level of birdlife. Besides, Morocco is an essential stopover for migratory birds as they undertake their round-trip journeys from Europe to sub-Saharan Africa.

All the more reason to professionalise the fight to maintain and strengthen biodiversity. The 6RNB has already made it possible to identify priority needs and draw up a list of recommendations to improve the implementation of the Aichi objectives in Morocco until 2020. Some training activities aimed at facilitating information gathering and knowledge dissemination through the CHM national platform (http://ma.chm-cbd.net/) were also implemented in 2019.

Efforts to be confirmed and strengthened

Out of 26 national targets, almost half (46.15%) are on track to meet the 2016 target, and 42.32% show proven progress, although they are lagging behind. Regarding the evaluation of the 159 actions implemented to achieve these objectives, 23% are considered effective and 58% as “partially” effective

Biotope Engineering Biodiversity (BIB), whose work is commended by UNDP, therefore recognises Morocco’s significant efforts in favour of biodiversity. However, the team of experts also provides recommendations for the future. Excerpts: strengthening and applicability of the legislative and legal framework (ongoing), strengthening governance and integration of biodiversity issues into sectoral policies and strategies (ongoing), development of a system for monitoring and continuous evaluation and use of proposed indicators as an evaluation tool (UNDP request), strengthening training and skills development, developing research and integration of innovative concepts, for example on the value of biodiversity…

Conclusion: Despite the still considerable scope for progress that emerges from this assessment, we must commend Morocco’s exemplary willingness and efforts, which appears here as an example at the continental level. The continuation and strengthening of these efforts through political determination will undoubtedly enable the Morocco, hopefully, to achieve the objectives it has set for itself.