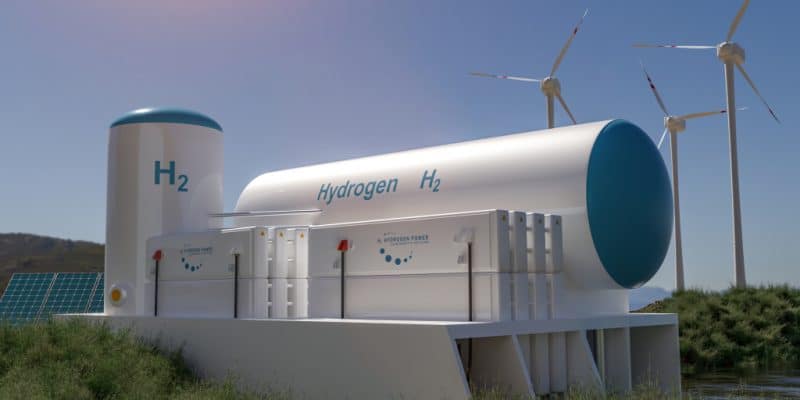 The independent power producer (IPP) Total Eren, the subsidiary of the French oil company TotalEnergies intends to invest €9.4 billion in a hydrogen and green ammonia project in Morocco. The production of these new energies will be based on wind and solar energy.

Total Eren is also entering the race for the production of green hydrogen in Africa. The subsidiary of the French oil company TotalEnergies intends to invest 100 billion Moroccan dirhams (more than 9.4 billion euros) in a hydrogen and green ammonia project in Morocco. Total Eren plans to set up facilities in the Guelmim-Oued Noun region in the south of the kingdom. The future facilities will be built on a 170,000-hectare site.

The French independent power producer (IPP) should produce hydrogen and ammonia with electricity obtained from renewable sources, mainly solar and wind. The French energy company intends to set up a plant capable of transforming 10 GW of clean electricity. However, it will be necessary to be patient before seeing the installations come out of the ground in the region of Guelmim-Oued Noun.

The beginning of the production in 2027

Total Eren plans to start the related works in 2025, with the beginning of the production planned in 2027. In the meantime, the French company has already begun preparations, with the approval of the Unified Regional Investment Commission. The IPP is planning topographic studies on the project site, analysis of the renewable resource (wind speed and solar radiation density), as well as techno-economic studies for the building and the design of electrical infrastructures.

Total Eren will also set up partnerships with other actors for the supply of equipment in the first phase of the project. Its implementation would rank Morocco among the most advanced African countries in the development and production of green hydrogen. So far, the Kingdom of Morocco has focused on establishing partnerships with other countries, particularly in Europe, for the production and export of green hydrogen.

Morocco follows Namibia, which will be at the center of a green hydrogen and ammonia project requiring an investment of $ 9.4 billion by Hyphen Hydrogen Energy, a company owned by the German industrial group Enertrag and investor Nicholas Holdings.