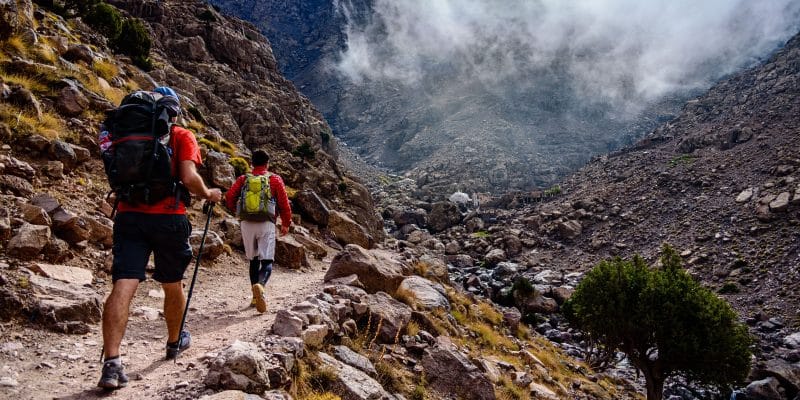 The French Embassy in Morocco and the French Development Agency (AFD) have just signed a grant agreement awarded by the French Global Environment Facility (FGEF). The 1.8 million euro grant will partially finance the pilot project "Outdoor activities for biodiversity in the Ifrane National Park".

Covering 125,000 hectares in the north-east of Morocco, the Ifrane National Park is the scene of an experimental ecotourism project based on the practice of gentle nature sports (mountain biking, hiking, climbing, horse riding, etc.). The pilot project entitled “Outdoor activities for biodiversity in the Ifrane National Park” has received a grant of 1.8 million euros from the French Global Environment Facility (FGEF).

“The project is based on a participatory approach, with the formulation of an ecotourism charter by all local stakeholders. The bearers of ecotourism initiatives, in particular young people and women from local communities, will also be able to benefit from technical and financial support within the framework of calls for projects,” said Augustin Jeanjean, biodiversity project officer at the French Development Agency (AFD) in Morocco. This was on 14 December 2022, on the sidelines of the 15th United Nations Conference on Biodiversity (COP15) in Canada.

A project carried out by ANEF

Planned to last five years (2022-2026) with a total budget of 7.6 million euros, the remaining 5.8 million euros being borne by the Kingdom of Morocco, the pilot project “Outdoor activities for biodiversity in the Ifrane National Park” will be implemented by the Moroccan National Agency for Water and Forests (ANEF).

This project complements the “Ghabati, Hayati” program launched a year ago by AFD at the national level and financed with 103 million euros. It also aims to contribute, as a pilot project, to the objectives of the new forestry strategy “Forêts du Maroc 2020-2030”.

Created by royal decree on 8 October 2004, Ifrane National Park contains the largest cedar forests in the Atlas, is home to 24,000 animal species and has an overall endemism rate of 11% for fauna. However, this natural heritage is subject to numerous pressures, including water stress, overexploitation of forest resources, overgrazing and mass tourism. Faced with these threats, the pilot project, which will be implemented as a model in Morocco’s nine other national parks, aims to reconcile the conservation of biodiversity with the development of responsible nature tourism, which generates income and local employment.