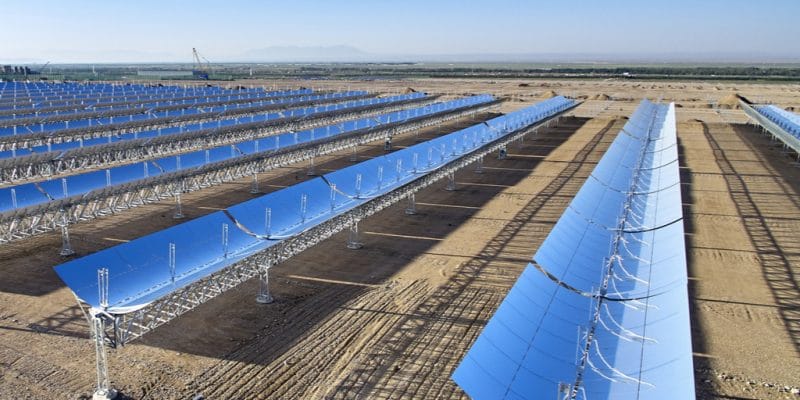 The Moroccan Agency for Sustainable Energy (Masen) has chosen a consortium composed of EDF Renewables, Masdar and the Moroccan company Green of Africa. Together, the three companies will build the 800 MW Noor Midelt concentrated solar power plant.

Initially, five consortia were selected by Masen in the first selection phase. This included, for example, the consortium formed by the Saudi company Acwa Power and the American company General Electric. Another team consisted of International Power, a subsidiary of the French group Engie, the Moroccan company Nareva Holding, the American SolarReserve LLC and the French Solaire Direct S.A.S.

“By combining photovoltaic and CSP (concentrated solar energy) technologies in the same installation, the proposed plant will have improved efficiency and storage capacity that will allow it to produce electricity at a competitive price all day and up to five hours after sunset,” says EDF.

It will not be the first concentrated solar power plant to be built on the African continent. Three months ago, Engie commissioned one in Kathu, in the Northern Cape of South Africa. It has 384,000 mirrors installed over an area of approximately 4.5 km2. The entire system produces 100 MW. The project is part of the South African Renewable Energy Supply Programme (REIPPP). Its objective is to encourage independent power producers (IPPs) to invest in Nelson Mandela’s country.

Noor Midelt’s solar project represents an important step for Morocco in its energy transition strategy. The Cherifian kingdom thus aims to increase the share of renewable energies in its electricity mix to 52% by 2030. Construction of the Noor Midelt Concentrating Solar Power Plant will begin early in the last quarter of 2019, with delivery scheduled for 2022.

The project is supported by the World Bank, which has invested 1.17 billion Moroccan dirhams ($125 million). The African Development Bank (AfDB) is also supporting the project with a USD 250 million loan.