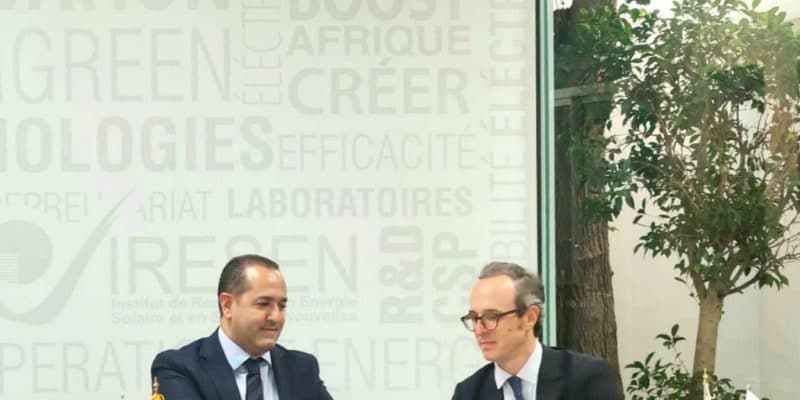 The European Bank for Reconstruction and Development (EBRD) has signed a partnership agreement with the Moroccan Institute for Research on Solar Energy and New Energies (Iresen) to stimulate the development of renewable energy. As one of the pioneers in this field on the African continent, Morocco now wants to produce and export green hydrogen.

Morocco is multiplying its partnerships in order to succeed in its renewable energy venture. The North African kingdom wants to produce 52% of its electricity from renewable sources by 2030, relying on financial partners such as the European Bank for Reconstruction and Development (EBRD). The financial institution is engaging in a partnership with the Moroccan Institute for Research on Solar Energy and New Energies (Iresen).

The institute was created by the Moroccan authorities to support the kingdom’s energy strategy and strengthen research and development in the field of solar energy, new energies and related technological applications. Iresen’s work has led, for example, to the construction of a production line for charging stations for electric cars in Benguerir, in the Marrakech-Safi region.

In addition to research on conventional renewable energies such as solar energy, Iresen is pushing its research into electric mobility and green hydrogen. And in this field, the Moroccan government is multiplying partnerships with countries such as Germany, Portugal and even with the International Renewable Energy Agency (Irena). In terms of research and development of this new energy that is already attracting interest from investors; Iresen will have an important role to play. Hence the partnership with the EBRD.

Read also- MOROCCO: the CVF, the EBRD and the EU release 50 M€ for adaptation initiatives

The European bank “is fully committed to supporting the development of green hydrogen value chains. Combined with competitive renewable electricity, green hydrogen is a key ingredient to accelerate the decarburization of hard-to-shoot sectors and has great potential in Morocco,” says Harry Boyd-Carpenter, the EBRD’s managing director for the green economy and climate change.

In addition to green hydrogen and other renewable energy sources, the partnership between the EBRD and Iresen will cover related areas such as smart grids, energy efficiency, and electricity storage.