Homepage » MOROCCO: €79 million in funding for water exploitation in the Oum Er-Rbia basin

MOROCCO: €79 million in funding for water exploitation in the Oum Er-Rbia basin 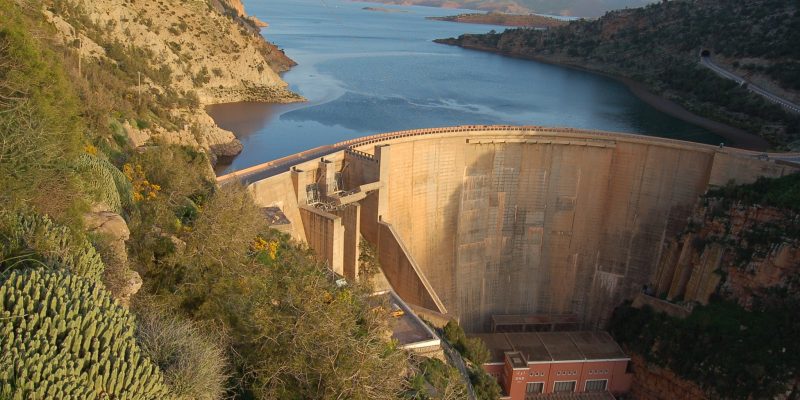 The Board of Directors of the Oum Er-Rbia Water Basin Agency (Abhoer), a structure under the Moroccan Ministry of Equipment and Water, has approved funding of 836 million Moroccan dirhams (nearly 79.6 million euros) for the exploitation of the Oum Er-Rbia basin in Morocco. The objective is to address the drought that is reducing water resources for consumption and irrigation in the kingdom.

The Moroccan Ministry of Equipment and Water presents its resilience policy, in response to the drought that has hit the Oum Er-Rbia region for several years. In the document published on its website, 16 hydraulic projects are listed. Initiatives that will require an investment of 836 million Moroccan dirhams, about 79.6 million euros. The funds will be allocated by the Oum Er-Rbia Water Basin Agency (Abhoer). The public body is under the supervision of the Moroccan Ministry of Equipment and Water.

Currently, the Oum Er-Rbia region has 10 water reservoirs. The gross volume of all the reservoirs is estimated at 4.9 billion m3. “The hydrological year 2020-2021 has seen a remarkable deficit in rainfall compared to the annual average, which has negatively affected the volume of water inflows to the region’s dams, recording a total deficit of 53% compared to the annual average,” explains Nizar Baraka, the Moroccan Minister of Equipment and Water.

To cope with water stress, Moroccan authorities are planning to build new infrastructure to exploit the Oum Er-Rbia basin, which covers an area of 35,000 km2. The 550 km long wadi (river) originates in the Middle Atlas Mountains at an altitude of 1800 m, crosses the Middle Atlas Mountains, the Tadla plain and the coastal Meseta and flows into the Atlantic Ocean, about 16 km from the city of El Jadida.

The Moroccan Ministry of Equipment and Water announces the construction of water reservoirs in Tagzirth, Tioughza and Sidi Ahmed, as well as the raising of the dams of Imfout on the Wadi Lakhdar, the redevelopment of the dams of Boubakra, Takhzrit and Boughalia and the hill dam of Boubakra in the prefecture of Khouribga. Small dams and hill lakes will also be built in the Oum Er Rbia basin, says the Moroccan government.

ABhoer funds will also be used to build two seawater desalination plants in the cities of Safi and Casablanca-Settat, reducing pressure on water resources in the Oum Er Rbia basin.

These various projects will be carried out over the next six years, until 2027. In addition to the construction of dams and the development of non-conventional water resources, water supply systems will be set up in the north and south of Greater Casablanca to reinforce water supply from the Bouregreg basin. Together, the systems will transfer between 500 and 800 million m3 of water per year to populations from the Sebou, Bouregreg and Oum Er Rbia basins.

“The Moroccan government’s plan for the Oum Er-Rbia region will also allow for the rehabilitation of water networks and the exploitation of groundwater resources to meet growing needs as planned in the National Drinking Water Supply and Irrigation Program 2020-2027,” explains Nizar Baraka, the Moroccan Minister of Equipment and Water.