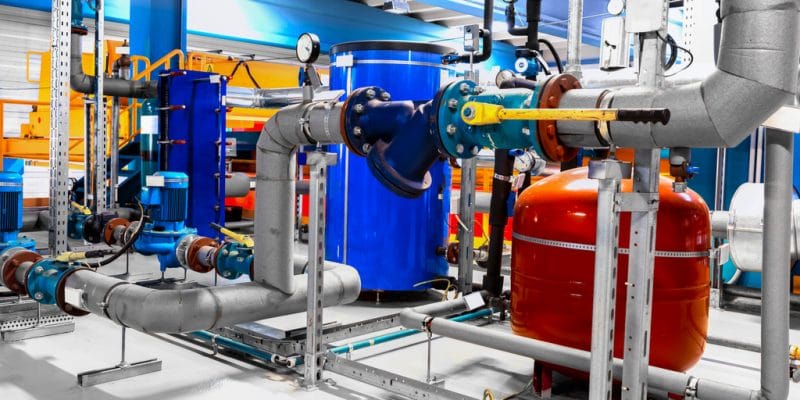 A prize was awarded to the Moroccan subsidiary of the Spanish group Abengoa during the international conference on desalination held at the end of October 2019 in Dubai for the Chtouka project, which has been underway since July 2018 in Morocco.

The project has been honoured for its significant contribution to the preservation of the groundwater of the Shtuka Plain, whose annual deficit is estimated at 60 million m³. The construction plan for a desalination plant led by Abengoa’s Moroccan subsidiary, developed upstream by the French engineering firm BRL Ingénierie and its Moroccan partner Agro Concept, won the prize for the best public-private partnership.

The award ceremony took place during the international conference organised by the International Desalination Association, which took place from the 20th to the 24th of October in Dubai. The award was received by Abengoa’s President and CEO, Joaquin-Joaquín Fernández de Piérola, in the company of Ahmed El Bouari, Director of Irrigation and Agricultural Spatial Planning at the Ministry of Agriculture, Maritime Fisheries, Rural Development and Water and Forestry of Morocco.

The Chtouka plant is located in the plain of the same name, located nearly 30 km south of Agadir and east of Souss-Massa National Park. Construction work on the Chtouka plant began in July 2018. To date (October 2019), the progress of the work is estimated at 47% by the engineers. The Chtouka project is supported by both the Morocco National Water and Electricity Authority (Onee) and the Ministry of Agriculture, Maritime Fisheries, Rural Development, Water and Forests of Morocco. This initiative involves the construction of a large desalination plant with a daily production capacity of 275,000 m3 of water.

This project was initiated following the observation of the decrease in the availability of water resources in the plain. It will therefore eventually make it possible to preserve the groundwater table of this plain. Each year, Chtouka records a water deficit of 60 million m3 and the total cost of the project is estimated at 345 million euros.

The construction of the plant is being carried out by Aman El Baraka, a subsidiary of the Spanish group Abengoa, which will operate and maintain the plant for two decades. With its irrigation network built on a surface area of 13,600 ha, the station’s water will support irrigation in this region of the country where agricultural practice is common.   Some of this water will be used to supply the Yousef Ibn Tachfine dam, which is also used for irrigation in the locality. In the forecasts, the plant’s production capacity can be expanded up to 400,000 m3/day. The first results are expected in 2020.