Homepage » MOROCCO: Brilliant Planet sets up a CO2 sequestration plant in the Sahara

MOROCCO: Brilliant Planet sets up a CO2 sequestration plant in the Sahara 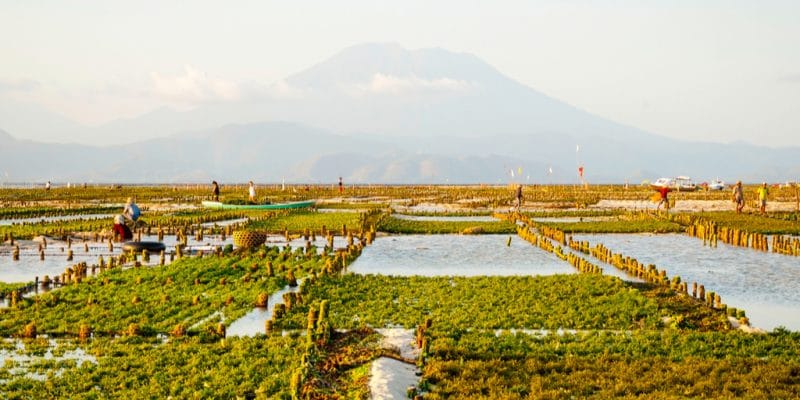 In Morocco, the British company Brilliant Planet is launching a 30-hectare algae farm in the Sahara Desert for carbon capture. The facility will contribute to the reduction of carbon dioxide (CO2) emissions as the climate-affected Kingdom of Morocco moves forward with its energy transition.

British start-up Brilliant Planet has chosen to set up its new 30-hectare plant for capturing CO2 from the air in the Sahara Desert, 3,362 km from Morocco’s capital Rabat. According to its managers, the algae farm will produce large quantities of micro-algae in ponds thanks to solar energy, which will at the same time help deacidify sea water.

“We are using underutilized natural resources to grow new biomass and absorb excess carbon dioxide. Per unit area, this approach sequesters up to 30 times more CO2 per year than tropical forests,” says Raffael Jovine, chief scientist and co-founder of Brilliant Planet. The company already has a research and development (R&D) facility in London, UK.

To implement this project, Brilliant Planet recently raised $12 million (about 118 million dirhams) from several investors, including the American venture capital firm Toyota Ventura based in San Francisco in the United States and the New York-based Union Square Ventura.

This Brilliant Planet project also benefits from technical support in remote sensing, oceanography and sensor development from UK Research & Innovation, a UK government agency that manages research and innovation funding, as well as from the Scottish Marine Science Association and the University of Southampton in England. For most of these partners, large-scale algae farming can mitigate the effects of climate change, while remaining an alternative source of sustainable food.

According to the latest report of the Intergovernmental Panel on Climate Change (IPCC), CO2 capture is intrinsically linked to the carbon neutrality the planet needs. This technology traditionally relies on heavy machinery to absorb carbon particles and store them deep underground.

Read also:MOROCCO: EU to invest €1.6bn in energy transition by 2027

Like other countries, Morocco is increasingly relying on CO2 capture technologies to achieve its nationally determined contribution (NDC) target of 45.5% by 2030. This will avoid the impasse experienced by South Africa, considered the biggest polluter on the continent due to its dependence on coal. According to the Paris-based French Institute of Petroleum and New Energies (IFPEN), the rainbow nation will commission its first CO2 capture plant in 2023.