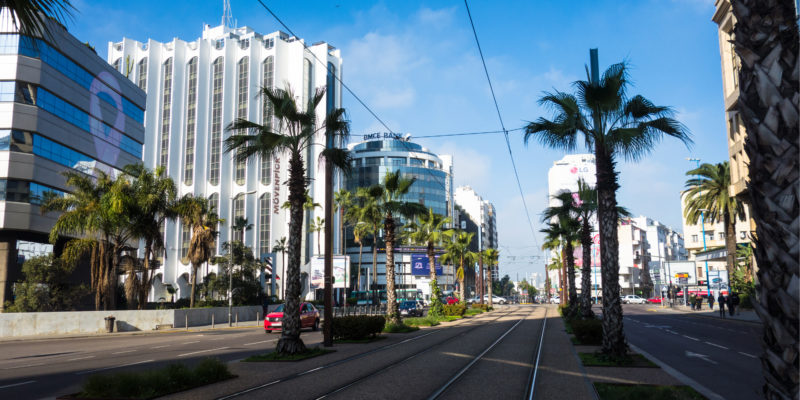 Waste management in Casablanca is becoming more and more tightly controlled. The Municipal Council of the economic capital of Morocco has decided to rigorously apply Law No. 28-00 on waste management and disposal. As a result, all inhabitants of the city who drop waste on the public highway will be liable to fines and tickets. A policy of firmness that should make it possible to reduce the rate of waste in the streets of Casablanca.

From now on, all citizens of Casablanca who drop their household waste out of dumpsters and bins will be punished. The City Council met and decided to put the strict application of Law No. 28-00, on waste management and disposal, at the centre of its priorities.
De facto, any person who is in the territory of the economic capital of Morocco and deposits household, industrial, medical or pharmaceutical waste outside the indicated places, runs the risk of paying a fine ranging from 200 to 10,000 dirhams (18 to 943 euros). Those who illegally deposit hazardous waste in the street will be fined between 10,000 and 2,000,000 dirhams (943 and 189,000 euros) and in some cases face six months to two years in prison.
If hazardous waste is mixed with other types of waste, the fine varies between 100,000 and 2,000,000 dirhams (‘9,500-189,000), with imprisonment for three months to two years, depending on the case. The fourth category concerns the open-air incineration of waste. For this offence, the offender must pay a fine of between 5,000 and 20,000 dirhams (‘471-1,900) and a prison sentence of between one month and one year.
In order to ensure that no one takes refuge behind the pretext of ignorance, the authorities will organise an awareness campaign aimed at households, restaurants, hotel owners, etc. The campaign will be aimed at the public at large and will be accompanied by an information campaign. Entities that the Casablanca Council has identified as the main polluters in the city.
Two local companies, Averda and Derichebourg Maroc, will now manage waste collection in the city, following a seven-year contract signed with the City Council. In November 2019, the Moroccan press announced that these two partners had already ordered a series of modern trucks and cleaning vehicles to carry out their new functions.
Every year, Morocco produces six million tonnes of waste, an average of around 250 kg/inhabitant per year.

SOUTH AFRICA: The government has its plan to fight climate change