Homepage » MOROCCO: Authorities clean up Paradise Valley ahead of summer

MOROCCO: Authorities clean up Paradise Valley ahead of summer 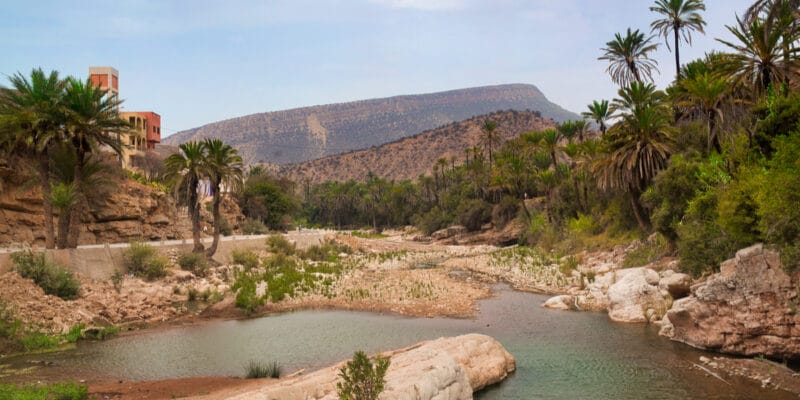 The Regional Council of Tourism (CRT) of Agadir Souss-Massa is launching a campaign to collect waste in the Paradise Valley, considered as one of the most beautiful natural sites in Morocco, and known for its biodiversity and its natural basins dug in the rock. In addition to preserving the site, the action is part of the preparations for the 2021 summer tourist season.

A few weeks before the start of the summer tourist season, the unsanitary state of certain sites is worrying the Moroccan authorities. This is the purpose of the waste collection campaign launched on April 10th, 2021 in the Paradise Valley, an ecotourism site located about 20 km north of Agadir, in south-west Morocco. The operation, carried out in partnership with the Surfrider Foundation Maroc association, which works to protect the coastline, consists of collecting waste on the site, while raising awareness among the local population and visitors about respect for the environment.

Once known as the Valley of the Hippies (a counter-culture movement that emerged in the 1960s in the United States before spreading to the rest of the Western world, editor’s note), Paradise Valley, located in the Moroccan High Atlas Mountains, is made up of vegetation consisting mainly of palm trees, olive trees, banana trees and fig trees. The arid cliffs compete in beauty with the flat rocks, eroded by time, which make up most of the valley floor, perfectly visible through the clear water.

A victim of its charm and high media profile, the site has been besieged for some time by an increasing number of tourists. “The problem is that many of these tourists do not respect the site and throw away or leave waste on the spot after camping and eating for several days… Thousands of tons of cans, tins, plastic sodas, tajines, alcohol bottles, cakes, and all kinds of rubbish end up in nature, contaminating the local ecosystems and ready to reach the water table and the ocean with the next rainfall,” explains Surfrider Foundation Morocco.

Appreciated for its biodiversity and its natural basins dug into the rock, the Paradise Valley is considered one of the most beautiful natural sites in Morocco. The campaign dedicated to its cleaning is not only part of the preservation of the tourist sites of the Souss-Massa region, but also of the preparations for the next tourist season of the region, placed under the theme “So that this valley remains a paradise”.

With nearly 8 billion euros of tourist income achieved in 2019, the Cherifian kingdom wishes to regain its pre-Covid-19 pandemic tourist entries. To reduce the impact of the health crisis on its upcoming tourist season, Morocco closed its borders with France and Spain on March 30th, 2021. The measure will last throughout the fasting month of Ramadan, a period during which tourist activities are less intense.